The Big Brewer's Latest Craft Acquisition Comes With Some Irony
READ THIS NEXT
The Week Ahead: Amazon Prime Day and Cannes Lions Live 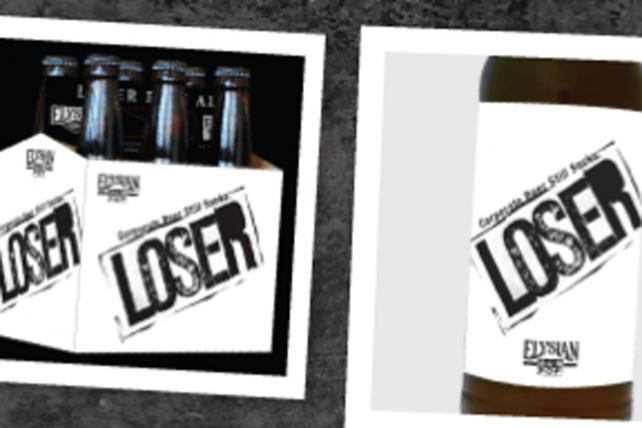 Anheuser-Busch InBev on Friday added another craft brewery to its portfolio with the planned acquisition of Seattle-based Elysian Brewing Co. But the nation's largest brewer might have an immediate branding problem on its hands with this deal.

That is because one of Elysian's beers is called, ironically, Loser Pale Ale, with the tagline: "Corporate Beer Still Sucks." This kind of corporate-brands-are-bad theme is common among some craft brewers and small- brand enthusiasts. But what happens when one of these small brewers is owned by a big corporation, such as A-B InBev?

Elysian "has been a rebel craft brewer in the heartland of craft for 20 years," said Benj Steinman, president of beer trade publication Beer Marketer's Insights."It has very much of an established identity." But the acquisition, he added, "raises a question mark about whether there is a contradiction between the identity Elysian has established for 20 years and being owned by Anheuser-Busch." And the fact that Elysian sells a brand that bashes corporate beers is a "perfect example of some of the potential complications."

But Elysian co-founder and head brewer Dick Cantwell seemed ready to make the best of the irony. "We will continue making Loser, with all its irreverence and irony. Jokes can have many layers, after all," he said in an email.

A-B InBev did not immediately respond to a question on the matter.

The Elysian acquisition, which is expected to close by the end of first quarter, would give A-B InBev Elysian's Airport Way brewery in Seattle as well as the brewer's four Seattle brewpubs. Elysian distributes its brands in 11 states: Washington, Alaska, Colorado, Oregon, Idaho, Montana, Pennsylvania, New Jersey, Maryland, Delaware and New York. Terms of the acquisition were not disclosed.

Harry Schuhmacher, editor and publisher of Beer Business Daily, noted in a tweet that the deal "makes A-B one of the largest brewpub/taproom operators in the country. Lines are blurring."

The "Loser" beer is among six year-round brands listed on Elysian's web site, which also includes brands such as Mens Room, Spacedust and Dragonstooth. Loser is described as a medium-bodied pale ale with "light tropical flavors balanced with a crisp malt-hop finish."

In a statement, Mr. Cantwell said: "Throughout our journey we've been focused on brewing a portfolio of both classic and groundbreaking beers and supporting innovation and camaraderie in the beer industry through collaboration and experimentation. By joining with Anheuser-Busch we'll be able to take the next steps to bring that energy and commitment to a larger audience."

Andy Goeler, CEO of craft for A-B InBev stated that "Elysian's story includes everything we look for in a partner." He added that "the team has spent their careers brewing distinctive beers in the thriving West Coast beer community and building unique venues that celebrate beer. As the fastest-growing brewer in Washington, their recipe is working."

But the question remains: Can A-B InBev hang onto Loser, and still make it a winner?