How a Millennial Mindset Is Helping This 116-Year-Old Retailer 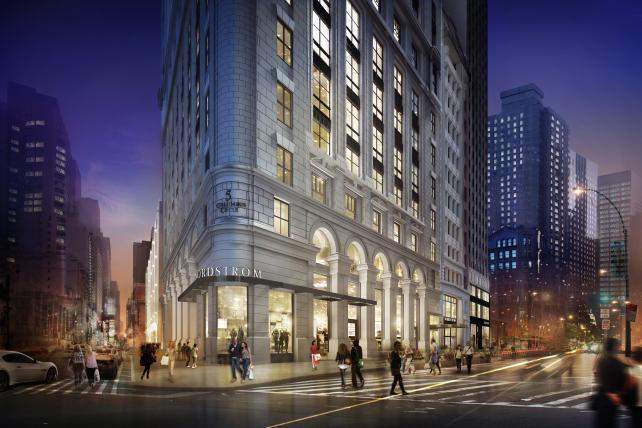 At a store in Vancouver, shoppers can get restaurant recommendations and sightseeing suggestions from a concierge. They can get a party-worthy coiffure, engage in one-on-ones with personal stylists in a private shopping suite, and have purchases delivered downtown. But such amenities don't come with an eye-popping price tag at some ritzy apparel boutique frequented by the 1% -- they're simply part of the consumer experience at Nordstrom.

The 116-year-old department store chain has spent decades perfecting its reputation as the customer-service destination, the place where top-notch store associates are willing to cater to a shopper's every need. And in recent months, as competitors close stores and watch sales sputter, Seattle-based Nordstrom has introduced even more strategies designed to entice shoppers, millennials in particular, to spend at its 345 full-price and discount locations. Such initiatives include themed pop-up shops, shop-in-shops featuring up-and-coming fashion designers, and Nike concept shops, which debuted in three stores this past fall.

"The better job we do in all of our stores but particularly our higher-traffic stores of showing the customer something new, giving them a reason to buy something new, the better our business is," said James Nordstrom, president of Nordstrom stores, exec VP of Nordstrom Inc. and a great-grandson of the $14.4 billion brand's founder, on a recent conference call.

By fine-tuning its inventory levels, Nordstrom has been able to keep its recent sales afloat. The chain reported $3.5 billion in net sales for the third quarter of 2016, a 7.2% rise over the year-earlier period. Same-store sales during the quarter were up 2.4%. Last spring, the company returned to TV after a three-year hiatus with a kaleidoscopic spring marketing campaign from New York-based agency Partners & Spade. Though it doesn't have an agency of record, Nordstrom works with creative agencies from time to time, according to a spokeswoman.

"We like Nordstrom's focus on prioritizing -- limited distribution brands, a best-in-class human service experience, and a seamless digital plus physical experience," wrote Oliver Chen, a retail analyst at Cowen and Co. in a recent research report.

The retail landscape has not been kind to brick-and-mortar brands in general and department stores in particular. Macy's is in the process of closing 15% of its store fleet; long-struggling Sears is shuttering dozens. Many of these legacy brands have had a near-impossible time balancing their e-commerce obligations to a shopper raised on immediacy with their dragging physical infrastructure.

Of course, Nordstrom is not immune to the malaise affecting its brethren. Thanks to early investments in digital, the company now attributes roughly a quarter of its sales to e-commerce. But such a push, along with costly free shipping offers, have weighed on the bottom line, analysts warn. The chain has had its share of layoffs, cutting 400 employees last year, and is also undergoing high-level personnel changes. In the fall, its chief technology officer resigned after less than a year. Earlier this month, Nordstrom announced a new chief innovation officer tasked with a forward-facing, customer-centric agenda. Chief Marketing Officer Scott Meden is also new. Mr. Meden, who also serves as exec VP, was promoted to top marketer last summer after the abrupt departure of Brian Dennehy.

In order to better connect with customers, Nordstrom has also been focusing on mobile. The brand now offers the option to make purchases via text message to store associates. Shoppers can also shop their local store's inventory online and reserve products in certain locations. "It's a great example of cross-channel shopping but also an experience where the customer is in control," said Shea Jensen, Nordstrom's VP of customer experience. "We continue to look for ways to offer experiences that differentiate us."

Rotating pop-up shops, which change every few weeks and are curated by Olivia Kim, director of creative projects, and seasonal assortments from emerging designers are another way Nordstrom gains traction with the millennial audience. The ever-changing selection also taps a strategy of discovery and gives shoppers a reason to return, either in stores or online, where the programs also operate.

"It's a smart and creative way to repackage some of the things they have -- and a big testing ground for them," explained Tiffany Hogan, a senior analyst at Kantar Retail. She noted that the rotations are also an effective way of gathering customer data about which categories and designers are spurring purchases.

Nordstrom is also pushing its millennial-focused agenda thorough partnerships with hip brands like Madewell, Topshop and Bonobos that have expanded their direct-to-consumer retail distribution by wholesaling at the department store.

"It's very successful for them," said Ms. Hogan. "All of those brands are targeting millennial shoppers and that's a big group they need to continue to go after."