Gone are the days when world-weary travelers preferred hotels that reminded them of home and provided a respite from the location they were visiting. Today, savvy travelers expect hotels to not only provide the creature comforts of home but while stay true to their surroundings. 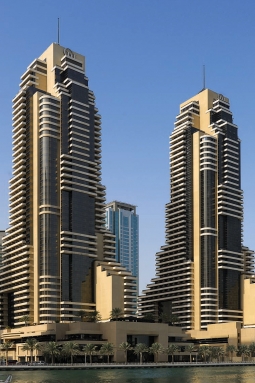 To meet that need, execs at Starwood Hotels & Resorts Worldwide are taking an unusual step -- temporarily relocating the team to fast-growing markets to determine what will make their hotels stand out.

"There was a time, going back 25 or 30 years, when an international hotel brand was like an embassy or a consulate in a foreign country. It was somewhere you went to feel safe and secure, like a home-from-home," explained Phil McAveety, executive VP-chief brand officer at Starwood.

As the guardian of nine international hotel brands -- Le Meridien, Westin, Sheraton, W, St. Regis, The Luxury Collection, Four Points by Sheraton, Aloft and Element -- Mr. McAveety is focused on this new era of travel. "I don't want to fly 12 hours from New York to Dubai and feel like I never left New York," he said. 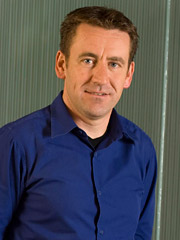 To get to the heart of two of Starwood's key markets -- China and the Middle East, which account for 75% of its growth -- the hotel group's leadership team, including Mr. McAveety, the CEO, chief financial officer and others, took a month to immerse themselves in each location. The team spent March in Dubai and visited China in 2011.

Mr. McAveety, who has worked for global brands including Nike, Camper International and Leo Burnett, has spent plenty of time living and working abroad -- in the U.K., Portugal, Hong Kong, the Netherlands, Spain and the U.S. He contends that traveling to a market for a week or two or relying on local reports simply doesn't cut it.

"The only way to feel it is to live it a little," he said. "Our local managers are our eyes and ears on the ground, but ultimately we are trying to create a great global brand experience, and we don't want to abdicate brand reputation to each individual market."

The experience allowed the entire management team to see the growth as it was happening.

"We showed respect for them by spending time with them -- it's not often that somewhere like Lebanon, Ethiopia or Tajikistan gets a visit from the senior management team," Mr. McAveety said.

The executive team's sojourns also communicate that message to local developers, investors and government officials -- all valuable allies as Starwood expands. While in Dubai, the executive team met with Sheik Mohammed, prime minister of the United Arab Emirates and ruler of Dubai, as well as the chairman of Emirates Airlines.

Dubai has become a prime destination for travelers from central and south Asia and most of Africa, Mr. McAveety said. And a deal between Australia's Qantas and Emirates that was approved last week means more travelers from the Asia Pacific region will change airports in Dubai rather than Singapore. Soon the UAE will be the only location outside New York that's home to all nine of Starwood's brands.

Transplanting its executive team to foreign locales -- Starwood's headquarters is in Stamford, Conn. -- has led to changes on the local and global levels. The stay in China -- Mr. McAveety was based in Shanghai but visited secondary and tertiary cities -- sparked a reappraisal of the W "brand language," in which the letter "W" is used as often as possible. For example, guests would have been greeted with the phrase, "Well, hello there."

"The brand language worked in New York, but in Asia, where service is incredibly strong and very intuitive, it felt contrived," Mr. McAveety conceded. "We saw that it was time for a change globally, and we've gone away from scripting. Instead we ask our associates to engage, listen, make eye contact and greet guests warmly in a language that comes naturally to them," he said.

The team also found that it made sense to export some products and services. For example, Chinese customers don't like to wear shoes in their rooms, so slippers are now provided in many of Starwood's hotels. And for international travelers who occasionally like a taste of the familiar, Congee (a typical Chinese breakfast dish) and club sandwiches are available globally.

In Dubai, the location of the company's two top-performing hotels in terms of guest experience, the leadership team analyzed what the local teams were doing and discussed how those best practices might be adapted around the world.

Mr. McAveety said there are no firm plans for another global field trip, though he said the idea of wintering in Rio is appealing. "[China and the Middle East] were the two big areas where we wanted to focus," he said. "Latin America is huge for us, and Africa is increasingly opening up as a destination for us with a fast-emerging flow of luxury customers."