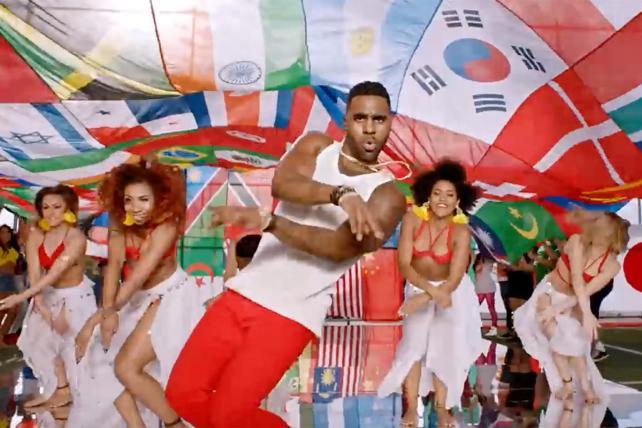 With the team failing to qualify for next month's tourney, Coke subbed in female soccer legend Alex Morgan. She delivers a message of female empowerment—"They told us that soccer wasn't our thing. Are we going to believe it?"— in one scene of an ad called "Uplifters" that also includes German goalkeeper Manuel Neuer.

The ad, by The Cyranos/McCann of Barcelona, is set to run globally next month, capping a nine-month World Cup campaign that began in September when Coke partnered with Electronic Arts on an integration in its "FIFA 18" video game.

Portions of the campaign are expected to hit at least 185 countries before the World Cup begins in Russia on June 14.

Coke recently began airing two other ads. One, called "Ready For" by Mercado/McCann of Buenos Aires, imagines Coke plant managers giving pep talks to bottles of Coke as they head out into the hands of emotional soccer fans.

Mercado/McCann is also behind an ad called "Stock Up." Baked by AC/DC's "Are You Ready," the ad portrays fans stuck on a soda run as their favorite team scores. The message: buy Coke before the matches start.

Both ads include cameos by Derulo, who wrote Coke's World Cup anthem. The song, called "Colors," was released in music video form last month and has already lured nearly 19 million views on YouTube. It includes minimal Coke branding, but it's there if you listen and watch the video closely.

The lyric "can't you taste the feeling," mirrors Coke's tagline, and one scene shows a Coke-branded soccer ball. The island vibe (Wyclef Jean makes a cameo) seems worlds away from Russia. But Coke plans to localize the video with remixes targeting specific markets. The one airing in Russia will feature a Russian rapper known as "Basta."

The musical touches are aimed at extending the campaign into pop culture. "We are trying to target not only soccer fans. We are trying to open our arms to bring everybody in. That only happens in the World Cup. It's like a Super Bowl effect," says Rodolfo Echeverria, Coca-Cola's head of global creative.

But with the U.S. team out, Coke is taking a cautious approach in the states. For instance, the brand has not decided if it will run the TV spots here, according to a spokeswoman. Even if they don't, it's likely that U.S. viewers will be delivered snippets of the Morgan scene on social media. Coke cut an array of social videos ranging from 2-15 seconds that it will deploy globally, including one that carries Amazon Prime branding in an effort to boost impulse ecommerce purchases.

Coke is also trying to bridge the online and offline worlds with the score-themed bottles and cans. The packaging shows numerals 1-9 in an attempt to get people to post social media photos such as predicting goal totals for their favorite team. 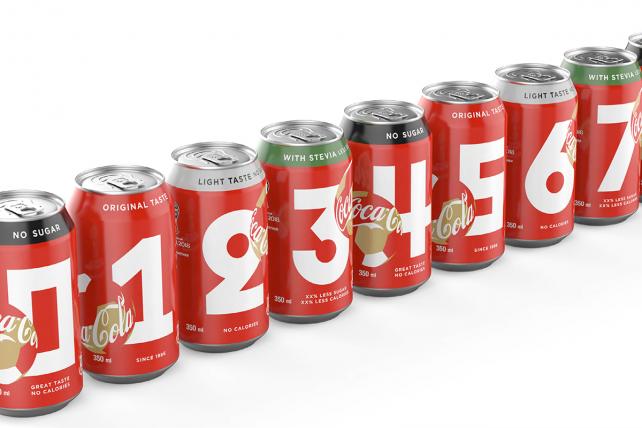 But U.S. consumers are out of luck because the brand will not distribute the packs here. Instead, the brand opted to focus on the latest iteration of the Share a Coke program, which features first and last names. This year's gimmick includes stickers of the names that people can peel off, revealing codes that drinkers can scan to win prizes. A new TV ad by Wieden & Kennedy recently hit the air.