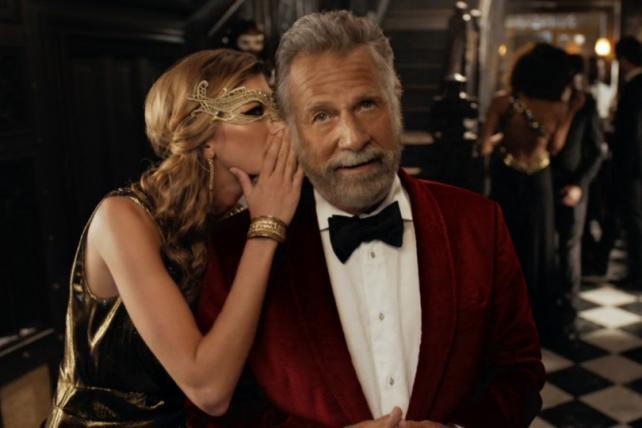 Jonathan Goldsmith stars as The Most Interesting Man in the World
Credit:

The actor who plays the The Most Interesting Man in the World for Dos Equis is involved in a legal skirmish with a talent management firm that he says could jeopardize his role in the iconic campaign.

The firm late last year filed a lawsuit alleging that the actor, Jonathan Goldsmith, failed to pay commissions it is owed for services provided under a 2012 contract. Mr. Goldsmith recently responded with a counter-lawsuit against the firm disputing the charges. He also alleges that the management firm's "willful and malicious decision to disclose the terms of the confidential 2012 agreement has badly damaged [his] business relationship with [the] advertiser and jeopardized his future as the spokesman for Dos Equis beer." Mr. Goldsmith also states that he lost "paying promotional opportunities" because of the the lawsuit, which he says is without merit.

A spokeswoman for Heineken USA, which owns Dos Equis, said in an email that "this is a personal matter for Jonathan that does not concern Heineken USA." The case is filed in the Superior Court of California in Los Angeles County.

The campaign, which launched in 2006, has been wildly successful for Dos Equis and is generally recognized as one of the biggest ad hits of the 21st Century. Still, with Mr. Goldsmith in his 70s, the brand will likely have to begin considering its next campaign move one day soon.

A former Heineken executive familiar with the campaign said that the legal fight "really shouldn't matter all that much to [Heineken USA]" because it's "a personal matter." It is "not a salacious lawsuit," this person said. "It's like a business deal gone wrong."

But the legal filings -- which include sharply worded accusations by both parties -- provide an inside look at contractual details that normally remain private.

The talent management firm, known as Gold Levin Talent, alleges that Mr. Goldsmith since November of 2014 has failed to pay commissions of 10% of the actor's gross earnings, according to an amended complaint filed in November.

"Apparently Goldsmith's preference for Dos Equis intoxicated him into believing that he could ignore his promises and obligations," states the lawsuit, which calls Mr. Goldsmith "The Least Honorable Man in the Entertainment Business."

The original lawsuit filed in October against Mr. Goldsmith estimates that the actor would have gross earnings of $929,370 in 2015 and $1.07 million in 2016 stemming from his 2012 agreement with Dos Equis. The suit also includes a copy of a detailed, 15-page contract between Mr. Goldsmith and Euro RSCG (now known as Havas), which acted as an agency for Heineken USA.

In his cross-complaint, Mr. Goldsmith credits his Dos Equis break to his longtime agent and manager Barbara Buky, with whom he has been working with since at least 2002. The pair later married.

Ms. Buky joined Gold Levin Talent in 2004 and helped Mr. Goldsmith land the Dos Equis gig in 2006, according to the cross-complaint. Ms. Buky "found the opportunity, cultivated it, brought it in, negotiated the terms and managed the business relationship," the cross-complaint states.

Mr. Goldsmith and Ms. Buky moved to Vermont full-time in 2010. The couple continued to pay Gold Levin Talent a commision only because Ms. Buky "remained thankful" that the firm's owner, Butch Klein, had hired her in 2004 despite the fact that the firm "provided no management services to Jonathan," according to the cross-complaint. Mr. Klein is an actor who uses the name Tim Jordan for his talent management career, Mr. Goldsmith states in the cross-complaint.

Gold Levin's lawsuit is "about no less than one man's outsized greed and con-man instincts" and is a "case about a failed actor turned failed manager who will do anything and say anything to keep his gravy train rolling," the cross-complaint states. By disclosing Mr. Goldsmith's 2012 advertising contract, Mr. Klein violated a confidentiality clause, Mr. Goldsmith alleges.