Sometimes you don't need to be an expert to make a great campaign. Contractor Paul Preston's charmingly improvised video riffing off some tried-and-true advertising conventions is working wonders in urging people to adopt homeless animals. The video, for the city's Furkids Animal Rescue and Shelters, is making a star of Mr. Preston and his kitty compatriots on social media. 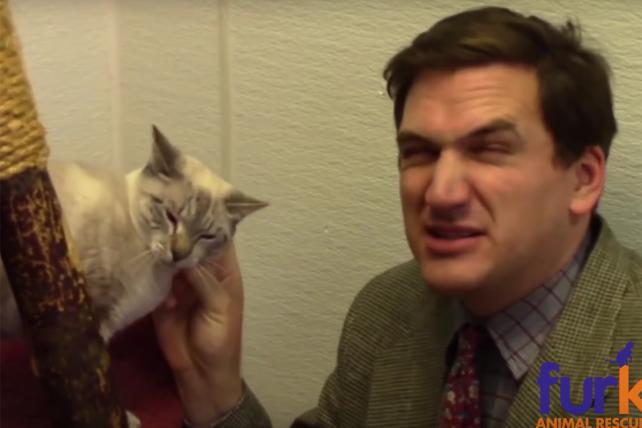 The Furkids "Kitty Kommercial" sends up language generally used in hard sell-informercials and local TV spots. The online spot, conceived, produced and hosted by Atlantan Mr. Preston, who works at a rental property management company, has attracted international attention. The video features Mr. Preston playing the part of an exaggerated but endearing salesman working hard to find homes for Furkids shelter animals. The video was originally posted to YouTube, where it garnered over 1.2 million views, and the Furkids Facebook page. It has since made the rounds at Reddit, Huffpo and much more.

"Our excitement at the incredible response from the world is beyond measure," said Furkids founder and Executive Director Samantha Shelton. "While our adoption rates have been strong, we always have more animals than adopters, and we're grateful for Paul Preston's humorous approach to adoption. His piece has resonated powerfully and made us recognize that humor touches and motivates people," she said. (Hopefully Sarah McLaughlin will agree.)

Ms. Shelton added that Furkids has seen a rise in donations and queries about adopting cats and dogs since the ad was first posted Dec. 23. "Some viewers have even asked about adopting Paul Preston," she said.

Maybe one of them was an agency creative director.