Does This Ad Make Me Look Gay? | Ad Age
Skip to main content

Does This Ad Make Me Look Gay?

Many marketers are aware of the significant opportunity of the $743 billion lesbian, gay, bisexual, and transgendered market. LGBTs over-index in many categories (travel, spirits, automotive, among others) or have unique, often underserved needs (financial services and healthcare, for example) that make them a prime prospect for brand growth.

But is there still a risk to actively courting gay consumers? If you launch a gay-targeted campaign or even simply run advertising in gay media, will you be pegged as a "gay brand"? Could this turn off your heterosexual customers? Will they run screaming back to the safety of the 1950s and away from your brand? In other words, will gay panic ensue?

Clearly I am over-dramatizing the situation (after all, it's in our nature), but even in 2011, backlash is a topic that comes up in client conference rooms when marketing to gay consumers is discussed. This discussion should not be made light of or passed over, because at some point marketers may need to respond to the question of why they are marketing to "the gays."

First and foremost, there has never been a successful boycott due to supporting or marketing to gay consumers. A well-known conservative organization boycotted family-focused Disney for years because of Disney's outreach to gay customers. All the while, Disney experienced rapid growth and profit. The boycotters eventually gave up and proclaimed "victory." What kind of victory I'm not sure (perhaps over the cancellation of "The All New Mickey Mouse Club" -- that factory that churned out so many budding musical theater lads).

Where there have been mishaps is in how marketers respond to threats of boycotts. A misstep here can turn off both gay customers and fair-minded straight customers (who comprise the clear majority). Years ago, Kraft supported the Gay Games in Chicago (an international amateur sporting event similar to the Olympics) and was the target of a boycott. Its response to why it was supporting gays was an example of what to. The company stated it "truly respect[s] all kinds of differences. And diversity is not a selective concept." Diversity, it added, helped them "be a more successful business" Done and done. A clear, simple statement that resonated with gay consumers and Middle America.

An example of how not to handle a threat of a boycott is Ford, which provided a series of clumsy, contradictory responses when it was targeted by the American Family Association in 2005. Such responses don't appease groups like the AFA and they only serve to anger everyone else.

Best to follow Kraft's lead, or that of Home Depot. The latter has been under an AFA boycott for some time and someone in support of the boycott called the company and its shareholders out on its support of the gay community. The response from Chairman-CEO Frank Blake: "I appreciate your feedback and I hope all of our shareholders understand that we're a company that respects the diversity of our associates and our customers and the communities where we do business. In fact, the values wheel that I showed just a minute ago -- one of our core values is respect for all people."

This dynamic is not unlike what occurred when African Americans first became a target audience to general-market advertisers. Marketers feared their brands would become "black" brands. Unfortunately, many client companies and even more agencies responded by excluding African Americans from their marketing. To the clients that ventured into the market early came substantial reward. (And they did so by engaging specialist multicultural agencies to find the expertise to address the market.)

This is similar to the gay market today. The majority of consumers are passed being shocked or outraged (or having any response, for that matter) to a marketer addressing gay people or even using gay people as spokespeople. Think Ellen Degeneres, Tim Gunn and Nate Berkus, among others.

The gay market is ripe with opportunity for brands who engage consumers in a strategic, authentic way.

ABOUT THE AUTHOR
Andy Bagnall is VP-group account director for Prime Access, which develops multi-cultural marketing and advertising campaigns aimed at urban audiences. It is based in New York. 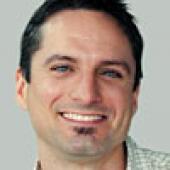 Andy Bagnall
View all articles by this author