The outlets would carry unsold inventory that had been sitting in Amazon’s warehouses, at steep discounts
READ THIS NEXT
What Peloton’s treadmill safety concerns could mean for the brand’s momentum 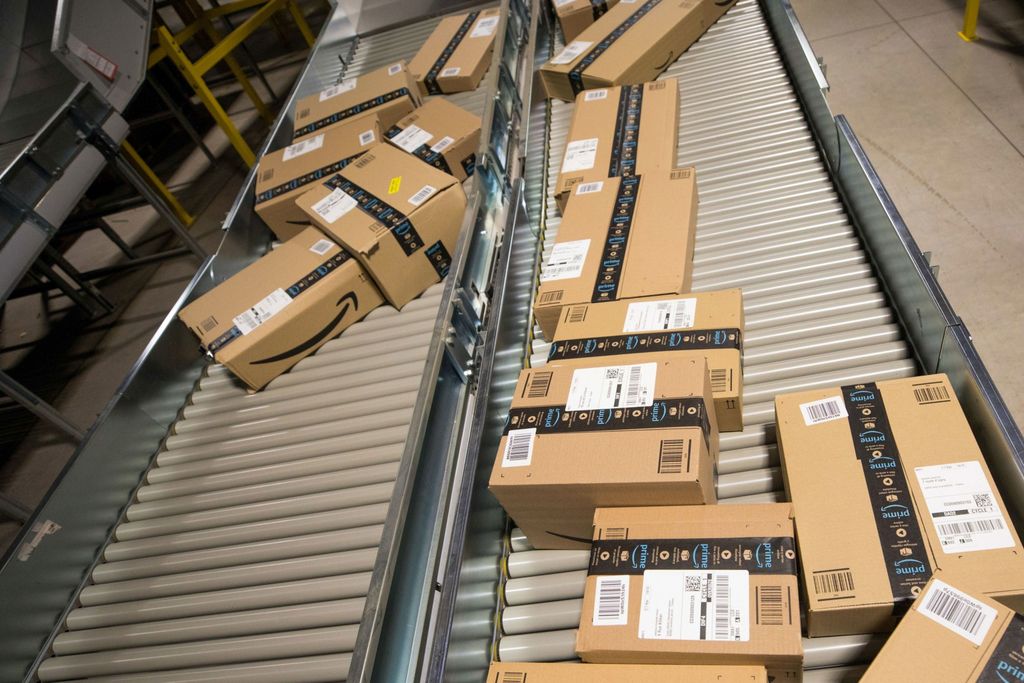 The outlets would carry unsold inventory sitting in Amazon’s warehouses at steep discounts, according to two people familiar with the plans. The company has considered opening permanent stores, as well as pop-up locations in malls or parking lots, said the people. The plans were preliminary and under discussion last year, but the pandemic and new Fresh grocery chain forced many employees to focus on day-to-day operations.

“It’s a way to be able to clean out warehouses, and get through inventory without having to destroy it,” said one of the people, who was briefed on the plans but not authorized to discuss them. “It is keeping with the value proposition of Amazon, keeping price at the forefront and allowing customers to get access to products at low cost.”

In its hunt for further growth after reaching a commanding position in many categories of online retail, Amazon has built a sizable brick-and-mortar operation in the last several years, beginning with a chain of bookstores, which debuted in 2015 at an upscale Seattle mall.

Amazon Go, a cashierless convenience store that uses cameras and other sensors to track what shoppers take off the shelf, opened to the public in 2018. So did Amazon 4-Star, an electronics, home goods and toys bazaar that sells a potpourri of highly rated and bestselling items. Amazon Fresh began opening stores last year and has been adding new locations at a steady clip.

Amazon today operates 96 physical stores and seven mall pop-ups under its own brand, according to its website. Whole Foods Market, acquired in 2017, has more than 500 grocery stores.

The stock of a potential discount outlet would likely be similar to 4-Star, emphasizing smaller items that don’t occupy a lot of floor space, such as home goods, electronics, toys, baby products and kitchen items, the people said. The outlet probably wouldn’t stock clothing, they said, because carrying multiple sizes would consume too much square footage.

Opening a discount chain would mirror traditional retailers’ decades-old approach to offloading slow-selling merchandise. Department stores have long sold such inventory for pennies on the dollar to such retailers as Ross Stores and TJX Cos.' T.J. Maxx and HomeGoods stores. Some chains have even started their own discount shops, including Macy’s Backstage, which launched in 2015. These discounters have fared relatively well amid the Amazon-fueled shift online, frequented as they are by frugal shoppers who also enjoy a treasure hunt through an eclectic assortment of cheap name-brand items.

Amazon already sells discounted inventory online through a program called Amazon Outlet. Returned and used items are sold through a separate page called Amazon Warehouse. As the company has grown, its vendor managers have been encouraged to bargain with suppliers to earn the right to return to them Amazon’s unsold inventory, current and former employees say.

“We’d negotiate pretty heavily,” said Faisal Masud, a former Amazon manager who helped launch Amazon’s warehouse deals program a decade ago, and today runs Fabric, an e-commerce startup. “If it’s not selling, it’s going back. The goal is always to get the optimal return on the inventory and asset recovery.” But despite these efforts, the company still winds up with a lot of unsold products.

Amazon’s physical stores team was inspired to explore real-world discount outlets in part by an employees-only sale held at a warehouse near the company’s Seattle headquarters in 2019, in which excess inventory was sold at discounts to clear space in a facility often used as a test bed for new programs. They also examined flash sales and discount store concepts, including those at Best Buy and outdoor retailer Recreational Equipment, whose flagship store is a short walk from Amazon’s headquarters, one person said.