Amazon puts the hurt on drugstores with its online pharmacy purchase 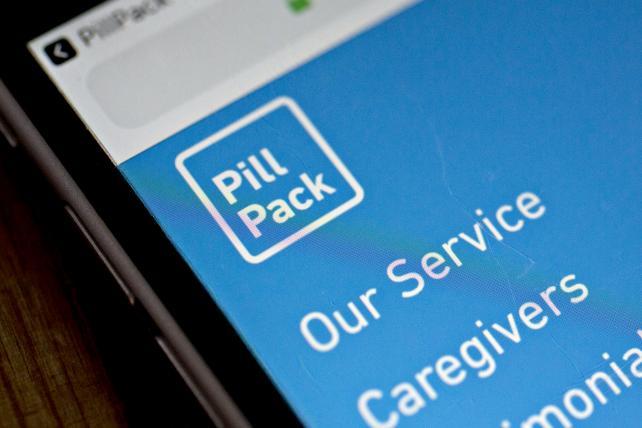 Amazon is pushing farther into the healthcare space, and the moves are expected to hurt drugstores at a time when their customer base is already aging out of traditional delivery methods.

On Thursday, Amazon announced its purchase of PillPack, a five-year-old online pharmacy offering home delivery—the transaction is expected to close in the second half of this year. While some drugstores already do home delivery, the news is still painful for brands that may not be ready to compete against the might of Amazon.

Given Amazon's power, analysts expect the move to put pressure on prices and retailers will have to react in kind, which could lead to lowered earnings

Neil Saunders, managing director of GlobalData Retail, called the acquisition a "warning shot" by Amazon to others in the drug space.

"This is only the first play in what will be an increasingly aggressive strategy by Amazon to develop a much more significant presence in the pharmacy market," he wrote in a recent research note. "This is incredibly bad news for traditional players, like Walgreens and CVS, who stand to lose the most from Amazon's determination to grow its share."

Saunders noted that while traditional players have an older customer base used to shopping at brick-and-mortar stores, that cohort will soon age out and give way to younger consumers who already use Amazon for a variety of other purchases.

Drugstores are now up against the combined power of Amazon and Pillpack, which are both known to offer "customer-centric, frictionless experiences," says Becky Chidester, CEO of Wunderman Health, a digital agency. "Together, they will offer people more transparency around prescription pricing, which will place pressure and force change across the industry," she adds.

Some drugstores already offer their own delivery services. Earlier this month, CVS, which bought Target's prescription business three years ago, announced a deal with the U.S. Postal Service for one-to-two-day delivery of prescriptions for a $4.99 fee—the offering is rolling out nationwide for the 9,800-unit chain. Walmart also offers a delivery service, but for a longer window of seven-to-10 business days, according to its website.

"We know we have to change the level of our services to the customers, and we are working quite hard on that direction," said Chief Executive and Executive Vice Chairman Stefano Pessina on the call. "But we are not worried." The chain says that it already offers delivery services through its brick-and-mortar locations.

Like Pessina, not everyone was immediately worried. Ann Hynes, an analyst with Mizuho Securities USA, wrote in a research note that "the bark is likely worse than its bite, at least initially," and noted that PillPack is not a very innovative offering and only has 40,000 customers.

Earlier this year, health care brands were put on notice amid reports of Amazon pharmaceutical licenses in dozens of states. Experts said to expect plenty of pair-ups between insurers and retailers, similar to the CVS-Aetna merger. Walgreens' Pessina addressed such a strategy on Thursday, noting that the brand's "door is always open" to potential partners.

Wunderman's Chidester says that retailers do have an advantage in that they have been building their businesses with a focus on "human empathy," something digital brands have been hard-pressed to replicate.