Macy's, Nationwide Among the First Members of the Coalition Loyalty Program
READ THIS NEXT
Free Budweisers for the vaccinated, and ‘Vax Tee’ from Miller Lite: Trending 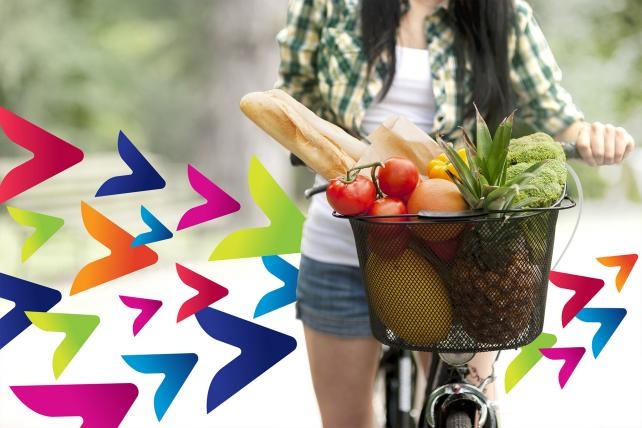 American Express is teaming up with marketers to launch Plenti, a loyalty program that allows shoppers to earn and redeem rewards points across various brands. The loyalty coalition program -- one of the first in the U.S. -- is slated to roll out nationwide in May with a roster that includes AT&T, ExxonMobil, Macy's, Nationwide, Rite Aid, Direct Energy and Hulu.

Plenti differs from American Express's other rewards programs in that it's not tied to a credit card. It is free to join and works with all accepted payment networks, including rivals MasterCard and Visa. Consumers can even use cash. The company sought out major brands in different industries to build credibility and establish a wide footprint for the program.

"Only a few companies have the mindset and the willingness to do something as complicated and as complex as this," said Abeer Bhatia, exec VP-CEO of U.S. Loyalty at AmEx, adding that the effort is two years in the making. "We're very fortunate to have these guys join."

Plenti will be integrated into each brand's marketing strategy. Macy's, for example, will feature Plenti in in-store and storefront signage and weave the program into its overall marketing efforts including TV, print and digital. Nationwide will feature a Plenti tag across its advertising and run an enrollment push. And Rite Aid is shifting the budget for its existing rewards program, called Wellness+, toward promoting Plenti. Each company pays a one-time flat fee to join the program, as well as additional fees based on the program's performance.

"This rewards program that we're talking about here is core to the marketing of each of these companies," said Mr. Bhatia.

AmEx will also run a dedicated push for the program on TV, radio and digital. Mr. Bhatia declined to reveal the budget, but said that it is a big focus for the company.

"It's an absolutely critical initiative for American Express," said Mr. Bhatia. "We want to be a much more welcoming brand. This fits squarely in that space."

On top of promoting Plenti, the coalition of marketers is exploring opportunities to work together on promotions and leveraging the broader customer network.

The founding sponsors are the exclusive marketers in their respective industries, so they're not partnering with their competitors. Plenti plans to include brands in other categories as well, and is considering involving small businesses down the line.

With Plenti, retailers will have access to their own customer data, as they would with a typical loyalty program, but they will also be able to offer promotions to Plenti's broader network. For example, Rite Aid will have purchase and registration data from Rite Aid customers who are Plenti members, as it would with Wellness+ members, but it could also offer promotions to shoppers outside of its customer base through the program.

Plenti also works with existing rewards programs, like Rite Aid's Wellness+, which is used by roughly 80% of Rite Aid's customer base. At Rite Aid, shoppers will have the option to sign up, swap out their loyalty cards and roll over their accounts. The company hopes the effort will bring in new customers.

"We see this as an opportunity to present our Wellness+ program through Plenti to some of the lesser-engaged customers, some that aren't familiar with Rite Aid today, and some that are shopping at our partner stores that might not be shopping with us," said John Learsh, senior VP-marketing at Rite Aid.

Macy's will be offering Plenti alongside its existing loyalty program, Star Rewards, which is credit card based. One of the challenges of the current program, Ms. Reardon said, is that it's harder to earn points at fashion retailers because shoppers don't visit as frequently as they would a grocery store or pharmacy. That's why she was drawn to Plenti. The effort also allows Macy's to extend its rewards program to more shoppers, rather than just Macy's card holders.

"The idea of a coalition and having many, many strategic partners is really what interested me," said Ms. Reardon, adding that it was important for Macy's to be one of the founding sponsors. "We like to be first in a lot of things that we do."

For Nationwide, it was an opportunity for the insurer to break into the loyalty program space and offer more benefits to consumers.

"In our category, we sell a promise," said Jennifer Hanley, senior VP, brand marketing and member solutions at Nationwide. "This is a way that we can really bring membership to life in a tangible way for consumers to earn points in the coalition." At Nationwide, consumers will be able to earn points when they pay their premiums and when they get a quote.

Plenti was inspired by AmEx's 2011 acquisition of Loyalty Partner, the parent company of Payback, which operates multi-partner loyalty programs in Germany, Italy, Poland, India and Mexico with more than 60 million members. After seeing its international success, AmEx did research on how the program would be received in the U.S.