American Honda Will Now Be Separated by Brand, Rather Than Function
READ THIS NEXT
Wingstop’s X-rated tweets turn heads, and Federer serves up Uniqlo pitch: Trending

American Honda has reassigned marketing boss Mike Accavitti to lead the Acura brand amid a restructuring of the automaker's North American operation that will group marketing and sales functions under separate divisions for the Honda and Acura brands. 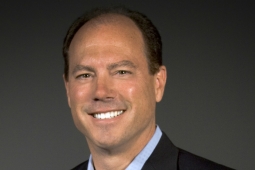 Mr. Accavitti, currently in charge of marketing and product planning as senior VP-automobile operations at American Honda, will add the newly created role of general manager of the new Acura Division. In that role, he will oversee all sales, marketing and parts and service operation for the Acura brand in North America, while ceding official product-planning duties and oversight of national marketing for the Honda brand.

Meanwhile, Acura sales boss Jeff Conrad will be promoted to senior VP at American Honda and will take over all sales and marketing efforts for the Honda brand as general manager of the newly created Honda Division.

The Honda and Acura divisions will be housed under a single operation, to be called American Honda Auto Division, led by current American Honda sales boss John Mendel. Both Mr. Conrad and Mr. Accavitti will report to Mr. Mendel.

The changes are effective April 1, the start of Honda's next fiscal year.

"The goal is really to accelerate the sales growth we've had with both Honda and Acura through a more cohesive type of strategy that we think will bring greater focus," to each brand, Mr. Mendel said in a conference call earlier today with reporters.

"This is going to group major activities for the Honda and Acura brands under dedicated brand leaders, allowing us to respond to the marketplace, focus on the customer and really do so with greater speed and efficiency," Mr. Mendel said.