Anchor Brewing Co. has been churning out batches of beer in San Francisco for the past 125 years, and to celebrate that milestone, the outfit, dubbed America’s first and oldest craft brewery, has redesigned its visual identity for the next generation of beer drinkers.

Anchor is a storied brand. Known for its unique “steam beer,” the company opened its doors in the late 19th century and survived waves of earthquakes, fires and prohibition before being purchased in 1965 by appliance heir Fritz Maytag, who oversaw the brewery’s revitalization and helped pioneer the IPA market in the United States.

Tapping R/GA California as the design lead and Moosylvania as advertising and digital agency, the historic brand presented a challenge: How to increase brand relevance while maintaining Anchor’s posture as the beer that is as synonymous with San Francisco as Ghirardelli.

“When a brand like Anchor gives you the opportunity to redesign their brand, that’s something you don’t say no to,” says Bryan Gregg, VP, executive creative director at R/GA San Francisco.

In the course of the rebrand, R/GA had to walk a fine line between respecting the brand’s heritage and creating a bold new visual identity, Gregg says. The end result was simplifying the brewery’s look while emphasizing Anchor’s anchor, which serves a dual meaning: the stability of being settled, as well as the promise of a new journey when you “raise your anchor.”

“When you’re working with a brand redesign like this, make sure the message and strategy is really consistent,” Gregg adds. “I think the design is really beautiful and unique, it doesn’t feel gimmicky.” 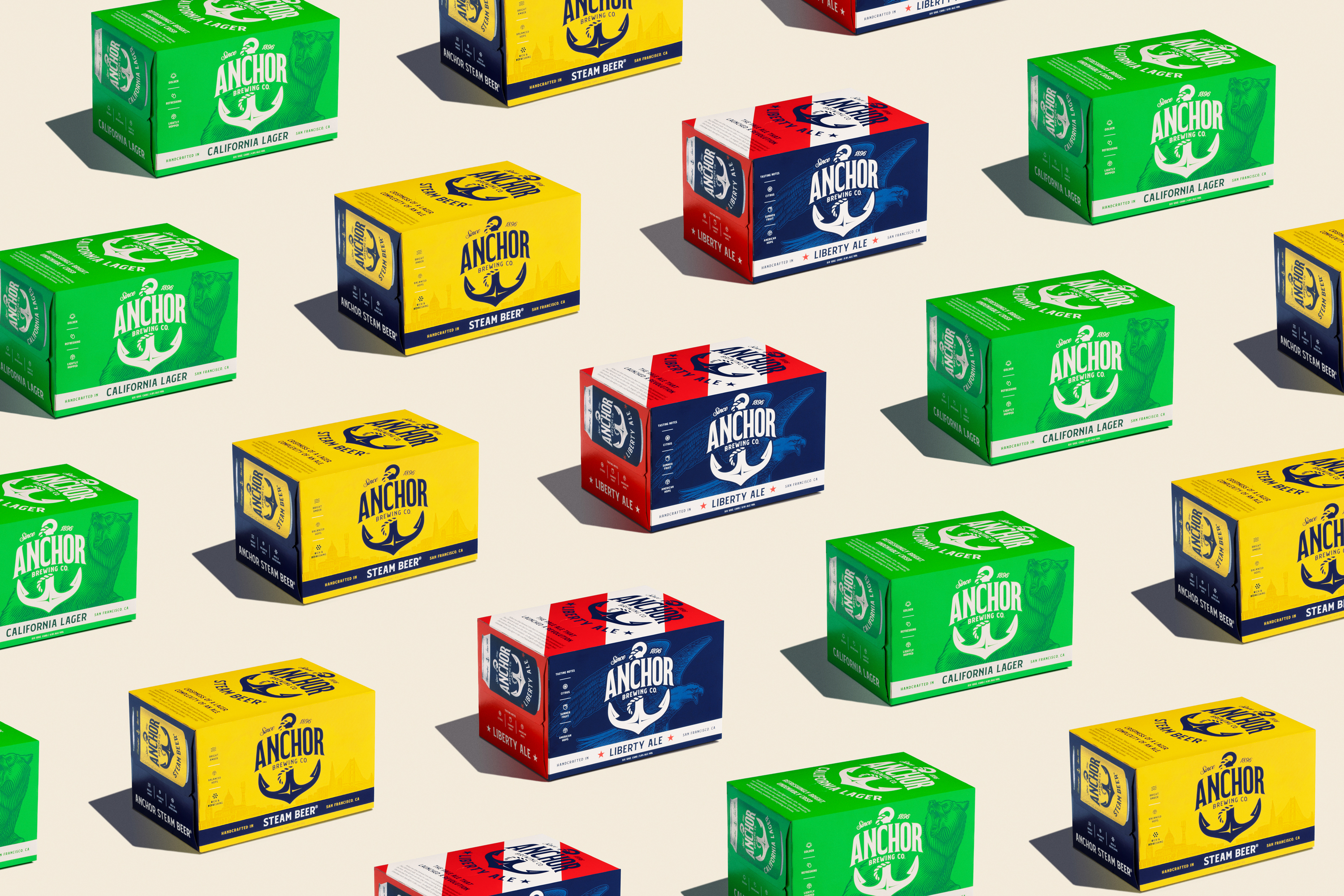 The packaging’s sleek new look, which will grace store shelves nationwide starting next month, is designed to pay homage to the brewer’s past while positioning the brand to connect with younger drinkers who may not yet be loyal Anchor consumers.

“I think we have some important key [visual] elements to the rebrand itself,” says Diego Morales, design director at R/GA SF.

“The usage of colors was really connected with flavors,” he says, likening the dominant yellow of Anchor’s new packaging to the California gold rush of the 1800s. Morales also notes the limited palette—the updated designs only use two or three unique main colors each—reflecting “the old process of printing,” which connects to the brewer’s century-plus of brand history.

But a visual rebrand isn’t the only way the Bay Area brewery is celebrating its milestone anniversary. As Anchor looks to the future and attempts to diversify its portfolio, it has formulated a handful of new brews that will debut in March including Tropical Hazy IPA, Crisp Pilsner and Little Weekend, which will become its first-ever low-calorie product.

“During this moment where we are celebrating Anchor’s legacy by growing for the future, our innovation team is excited to introduce new brews that we’ve spent a year perfecting,” says pilot brewer Dane Volek, who has been with Anchor for 13 years.

To further celebrate its quasquicentennial, Anchor is also offering “retro-priced” six-packs for $1.25, which will be available for pickup later this week at the brewer’s San Francisco tasting room.