READ THIS NEXT
Black consumers are group most swayed by brand values and diversity practices, study finds

Arby's is banking on 90's nostalgia to sell its newest item, the Fire-Roasted Philly Sandwich.

Any fan of the "The Fresh Prince of Bel-Air" is likely able to immediately belt out the lyrics to the sitcom's theme song, rapped by star Will Smith. For those who didn't watch the long-running NBC show or have yet to catch it in syndication, as the song explains at the beginning of each episode, Mr. Smith's character moves west from West Philadelphia to live with his "auntie and uncle in Bel-Air."

Now, the song is featured in a 30-second spot from Fallon to tell a Philly tale for Atlanta-based Arby's. 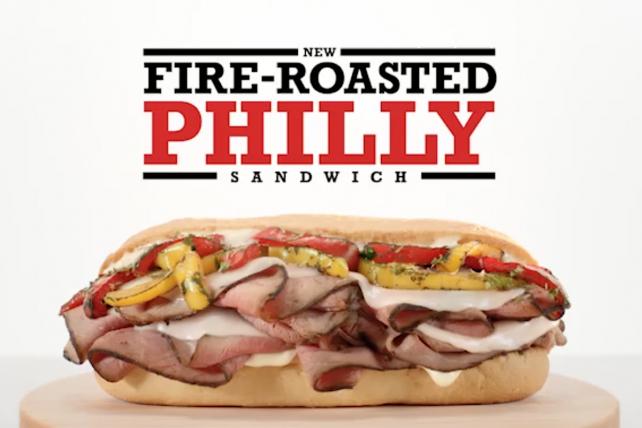 As in other Arby's spots, the voice work is by actor Ving Rhames, not Mr. Smith. Mr. Rhames is heard but not seen during the commercial, as the viewer gets a very close look at the steak sandwich.

The song lyrics are the same, up to a point. After "I got in one little fight and my mom got scared and said" the words switch to the chain's tagline, "Arby's, we have the meats."

The national launch of the Philly sandwich comes after Arby's in June began testing a trio of city-themed sandwiches -- a New York pastrami, Philly cheesesteak and Chicago Italian beef -- in a couple of different markets.

Here's the show's theme song, for those who need a refresher or just want to sing along: