Under Armour says it will be a 'louder brand' this year. Analysts are skeptical | Ad Age
Skip to main content

Under Armour says it will be a 'louder brand' this year. Analysts are skeptical 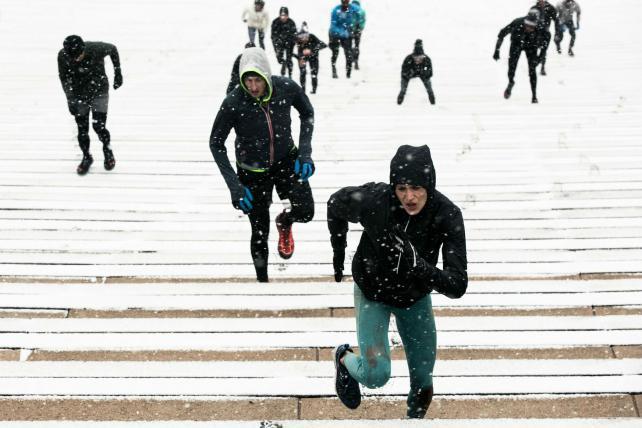 Under Armour is in it to win it, and it's using all the marketing muscle at its disposal to amplify that message. In an earnings call Tuesday following better-than-expected first-quarter results, CEO Kevin Plank said the sportswear company is "focused on being a louder brand this year."

"We don't think we were very loud in 2017," he said on the call with analysts. "You will hear us tell our stories."

The brand so far this year has introduced a marketing push around its new HOVR running shoe and a Training campaign with Dwayne "The Rock" Johnson. Together, the campaigns have generated more than one billion impressions, executives said. Of course, with Johnson's 180 million followers, that's a fairly easy feat, but it speaks to the Baltimore-based brand's focus on global reach. The Johnson campaign was the company's most expensive, according to Adrienne Lofton, senior VP for global brand management marketing.

In the first quarter, Under Armour reported a 6 percent increase in revenue over the year-earlier period to $1.2 billion, led by a 27 percent increase in international sales. North American sales, a consistent weak point for the brand, were flat year over year, though better than expected, executives said. Under Armour generated a loss of $30 million in the quarter.

The company also said its Connected Fitness business grew 34 percent to $28.8 million in the period. Earlier this year, the brand reported a massive data breach from its MyFitnessPal app.

Plank argued that Under Armour's commitment to being loud this year is about promoting great product, citing the HOVR footwear. But it already pumped up the volume in 2017: Last year, the company increased ad spending 18 percent over 2016, for a total of $565.1 million, according to company financial documents.

And sluggish domestic sales still weigh on Under Armour. Earlier this year, Dick's Sporting Goods specifically mentioned the brand's "significant weakness" on an earnings call. In turn on Tuesday, Plank said Under Armour will differentiate its distribution—emphasizing different product lines at different chains—and asserted that "Dick's Sporting Goods is going to be great with Under Armour." The company plans to focus on improving sales at the chains where it's already present, moreover, instead of trying to increase the number of retailers.

"While there are some crumbs of comfort in the latest results from Under Armour, the numbers still give the impression of a brand that has run out of steam," wrote Neil Saunders, managing director of GlobalData Retail, in a Tuesday research report. He noted that while international sales are increasing, such growth comes at a higher cost. He also said the brand missed an opportunity by not pushing farther into women's categories, saying Under Armour remains "masculine."

"While store design, marketing, and products remain male-focused, Under Armour will continue to struggle with women," wrote Saunders.