Audi, Chevy and Lincoln Plan to Boost Ad Spending in 2015 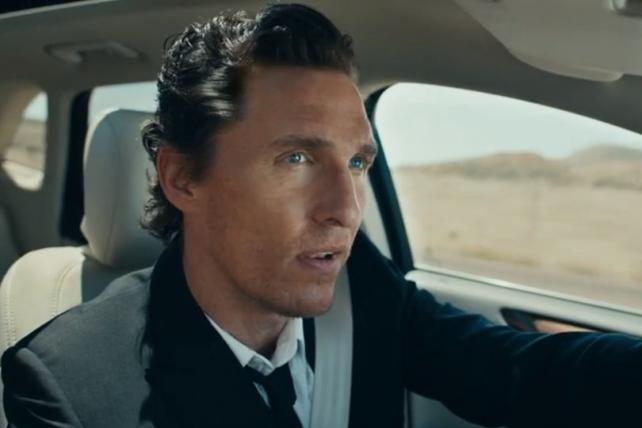 Lincoln has said previously that its campaign featuring actor Matthew McConaughey will extend into next year.
Credit:

Several major auto brands will boost their marketing budgets next year to support busy model-launch schedules, a group of executives said at the Automotive News Marketing Seminar in New York this week.

Audi's 2015 marketing spend will grow by about 10% compared to 2014 levels, said Loren Angelo, director of marketing at Audi of America. Audi has made high-profile TV events such as the Super Bowl and the Emmy Awards major ad platforms, while also incorporating new digital elements to extend the reach of its traditional campaigns.

"Our focus is clear: We still stay true to the platforms that have been successful for us, but we're putting more money with it," Mr. Angelo said.

Vinay Shahani, VP-marketing at Volkswagen of America, said the company's budget next year will be flat or slightly increased compared to this year.

Executives from VW, Audi and Chevrolet -- all of which ran ads during the telecast of the 2014 Super Bowl -- said they were still considering whether to advertise in the big game.

Mr. VanDyke says that although the game's massive audience is attractive, Lincoln's launch plans don't line up well to support spending millions of dollars on a Super Bowl ad next year.

"The game makes a lot of sense as a marketing platform. It's got incredible reach, it's compelling, it's got people who are tuned in to literally watch advertising so there's a ton of merit to it from a marketing perspective," Mr. VanDyke said. "For us, we considered being back in the game, but it's going to be driven by what our launch activities are … and that's not the area of time where we need to focus this year."

Multiple channels, consistent message
A big task facing executives is incorporating the ever-changing array of digital media in marketing plans in a way that's consistent across those mediums.

Consumers are starting to push back against the growth in online advertising, Mr. Shahani said, noting that a tool from Google that blocks online ads has been downloaded more than 200 million times.

"People are taking a stand," Mr. Shahani said. Consumers are saying "We want to get the content the way we want it and we don't want to listen to what you have to say as an advertiser."

Automakers are mainstay advertisers during NFL and college football broadcasts, and Mr. Mahoney is banking on the other football to boost global awareness for Chevrolet.

"It's Super Bowl Sunday every time they play," he said.

"Holding up" after recalls
Mr. Mahoney said GM's recall crisis has had a marginal impact on consumers considering GM vehicles.

"The latest data that we've seen is no major shift in purchase consideration," he said Tuesday. "It's an interesting comment about recalls and their impact and how consumers react nowadays, but I think we're holding up pretty well in spite of it all."

The very public nature of the recalls, including the 2.6 million small cars recalled for defective ignition switches that are now linked to at least 21 deaths, and widespread coverage of the company's handling of the crisis, has meant Chevrolet has not had to devote significant resources to countering the publicity.

"Because it's been so much in the public eye … it's allowed us to not have to take above the line media and really talk about it," Mr. Mahoney said.

Mr. Angelo says that Audi is already making a major effort to market its advanced powertrain offerings, including campaigns for diesel powertrains.

Autonomous vehicles will also be a factor to consider in the coming years, with VW's Mr. Shahani saying self-driving cars will be here "before you know it."

In the nearer term, vehicle connectivity has big brand implications, especially at Chevrolet, which will launch 4G LTE connectivity in some 30 models.

Asked whether Chevy's 4G connectivity is more important than the Colorado midsize pickup launch, Mr. Mahoney said "when you have a statement that you can make about the brand … 4G LTE and the things that it will enable down the road is really the bigger play."

--Ryan Beene is a reporter for Automotive News