Why marketing targeting is like bowling: B2B CMO Spotlight 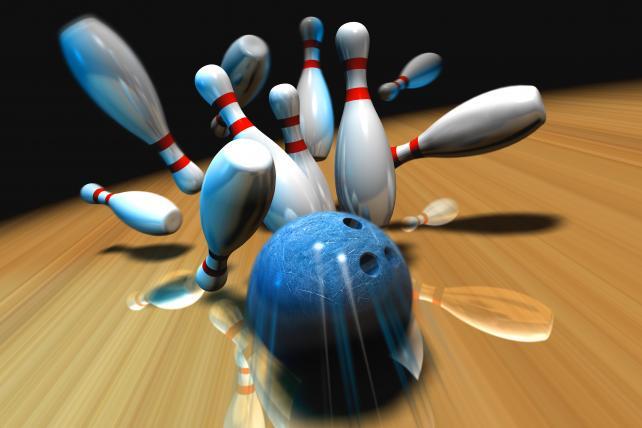 Ian Howells, VP and head of marketing at the accounting software firm Sage Intacct, is a big fan of author Geoffrey Moore, whose seminal book, "Crossing the Chasm," has been required reading for students of marketing since 1991. Howells quotes the author with frequency and is particularly enamored with Moore's "bowling alley" analogy, which counsels a pin-by-pin approach to market development and segmentation. Howells brings his own striking insights, laying out the art of micro-vertical targeting for the next generation of B2B marketers.

Before entering a new micro-vertical like small law firms, Howells and a group of senior employees conduct as many as 50 interviews. Importantly, each interviewer has been trained. Explains Howells, "So many people have gone on target account courses, solution selling courses—where's the course to make you best-in-class interviewing customers?" Turns out, they had to create their own and once trained, the insights revealed made it easier and faster to knock down legacy competitors in each new market segment.

How do you get started down the road to micro-verticals?

In approaching these micro-verticals, the fundamental part of the process is interviewing the customer and understanding the customers. The core thing is to interview more customers than your competitors will—to understand the market better. For example, if you think about most CFOs, if they have a problem or if they want to fix something, they probably confide in two or three other people, not 50. If you do 50 interviews you end up knowing more about the market than the people within the market. That's really the ultimate goal.

Do you do all of your interviewing in-house?

Because learning about market verticals and interviewing customers is the most important part of the company culture, the very last thing you should do is outsource it to some outside writer. This is so important that your key people should be doing this and should be really good at it. Key people, senior people, should be certified at interviewing. The worst thing you can do is A) outsource it or B) be bad at it.

How are you getting these interviews in the first place?

I think the key thing is if somebody wants a $25 Amazon voucher for doing something—that's not really the relationship you want. One of the key things that I enjoy most about doing this is when you interview people, you get to know them and you get them featured on blogs, enhancing their careers and helping them get promoted. I mean that's a real buzz because you enhance their careers. You want to have people who want to tell their stories, then just give them the platform to showcase the great job that they've done. That's a different kind of relationship.

How do you know when you really understand a micro-vertical?

People stop too early. If you stop with five, thinking you know the answer, you're crazy. It's more like, at least 20. And then you see it when you see the same pattern occurring over and over again, the same phraseology, the same kind of pains —when you can always predict what people are going to be saying, you know that you understand the micro-vertical.

When do you know you need to move on from a micro-vertical?

Great question. There are two big areas where people make mistakes. Using a Bowling Alley metaphor, people always want to conquer a new pin because it's kind of exciting discovering a new market. If you're in an existing pin, maybe 20,000 customers there, and you've got a thousand—you need to keep mining that pin until you get to the majority of the customers, then go to new pins and the second and third pins will drop more quickly. That's the kind of area where people make mistakes—creating a new micro vertical in a new bowling alley is really hard.

As an avid bowler, I'm with you. So, don't move to a new alley too quickly, right?

It's much harder to create a new bowling alley than knocking down a second and third pin. If you can have a choice of a second or third pin, then the fourth fifth and sixth, just do that because they'll knock down much more quickly. The investment in time to create a new bowling alley is high. If you truly have a micro-vertical, these people very often know each other and talk to each other and you kind of go viral. The more customers you get, the more you become part of that community. Since they will have very similar kinds of problems and they recommend you, you get a big referral network as well.