Back From the Brink: American Apparel Has a Marketing Budget Again | Ad Age
Skip to main content
Sign In Register

Back From the Brink: American Apparel Has a Marketing Budget Again

Chain Plans 'Made in the USA' Initiative, But Is It Enough to Reverse Downward Sales Spiral?
READ THIS NEXT
This year’s 30 breakthrough brands, from Afresh to Zwift 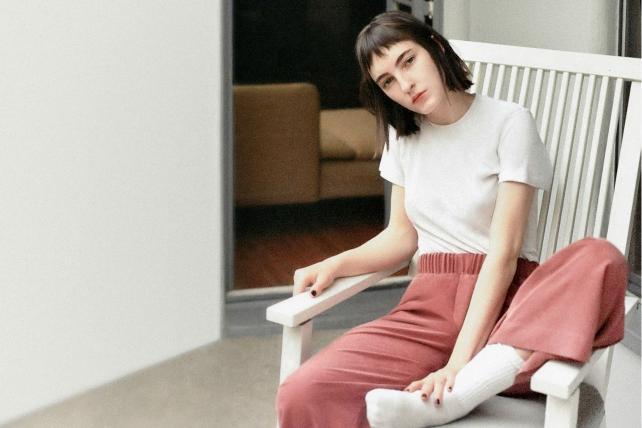 A test ad for a new t-shirt from American Apparel.
Credit:

American Apparel, the brand that birthed a fashion revolution of leggings and crop tops before unraveling into a sleazy spectacle, is moving beyond bankruptcy and attempting a fresh beginning. After exiting Chapter 11 last week, the Los Angeles-based company is rolling out new marketing for spring to reestablish its reputation with consumers.

"This is the first year we have a true marketing budget and financials in place to employ a marketing strategy," said Cynthia Erland, senior VP-marketing, who joined the brand last year. American Apparel hopes to have a marketing budget of around $500,000, though that figure is still subject to approval. In 2015, the struggling brand, which was founded in 1989, spent no money on marketing, with the exception of a few grandfathered billboard deals in Los Angeles, according to Ms. Erland.

This spring, the company will try to return to its Americana roots by introducing a "Made in the USA" crowdsourcing initiative, in which it will sell small home goods and accessories from local artisans online and potentially within its 109 U.S. stores. Artisans can submit their ideas to American Apparel's design and merchandising team, which will select as many as 30 winners. The company also plans to sell its first "luxury" T-shirt in premium-gauge knit for $30, and is tapping celebrity photographers, artists and social influencers to promote the merchandise in a new campaign.

The marketing strategy includes media buys in print, digital and out-of-home, as well as a robust social media plan. All of the marketing for the 202-unit chain will be created in-house.

Of course, it won't be easy to convince consumers that American Apparel is worthy of their dollars after years of issues, including bad PR and a mountain of debt that led to an October bankruptcy. Merchandise missteps, along with a public fight for control from ousted founder Dov Charney have contributed to the brand's tanking sales. For the quarter ended Sept. 30, the retailer reported a sales decline of 17%, compared with the year-earlier period, and a net loss of $19.4 million. It has not been profitable in years.

Nevertheless, current CEO Paula Schneider and her team intend to take the brand to the next level, which includes several global philanthropic initiatives.

And as for those racy billboards, consumers can still expect to see them, as the company stays true to its un-Photoshopped, hipster marketing beginnings.

"The edgy and controversial DNA of the brand is not changing," said Ms. Erland, noting that the brand engages with young, influential millennials. "The advertising that we've done in the past, 90% of it was spot on. Ten percent of it did go over the line, but it was revolutionary in the advertising world and that won't change."