Mattel's new film unit to start things off with Barbie 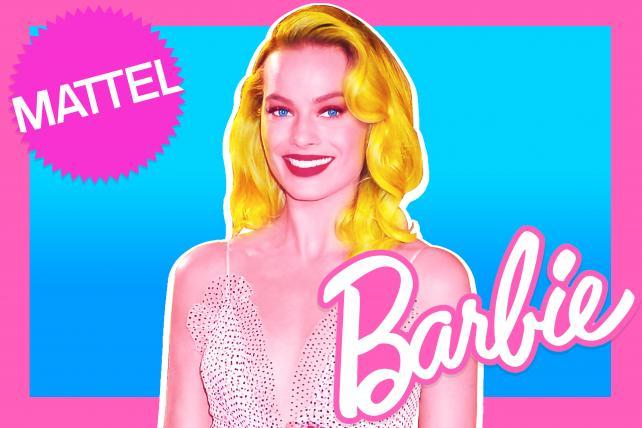 Margot Robbie will soon be living in a Barbie World.

Barbie parent company Mattel announced a deal with Warner Brothers Pictures Group Tuesday for the franchise's first live-action film. The movie will star the Academy-award nominated Robbie, who will also co-produce, as Barbie. The project is the first product of the Mattel Films unit, which was founded late last year.

"Barbie is one of the most iconic franchises in the world," said Mattel Chief Executive Officer Ynon Kreiz in a statement.

But the 60-year-old brand has had its share of ups and downs in recent years as it battled more modern competitors and saw sales plummet. Kreiz, who took the reins at the toymaker last year, is Mattel's fourth CEO since 2015. A movie industry veteran and former leader of Disney's Maker Studios, Kreiz was expected to use his Hollywood roots to build the Barbie brand.

Three years ago, Barbie underwent a much-needed makeover with more diverse and inclusive products and a marketing campaign that celebrated the possibilities for children and their imagination. Such positioning has helped reverse sales—Barbie was the only one of Mattel's top brands to increase sales in last year's third quarter. For the period ending Sept. 30, Mattel reported an 8 percent drop in net sales to $1.4 billion, though Barbie sales rose 14 percent to $374.7 million.

"The traction on Barbie is reassuring," Richard Dickson, Mattel's president, told Ad Age last September, noting that the company is trying to use its learnings from Barbie's revival to improve other brands such as American Girl and Hot Wheels.

The timing of the film was not disclosed. Rumors around a Barbie movie have been swirling for years, most recently in connection to a film starring comedian Amy Schumer.

A representative from BBDO, Barbie's creative agency, says that the agency is not currently working on any marketing for the upcoming feature.

Investors, and consumers, were excited, however. Mattel's stock rose nearly 6 percent in early afternoon trading on Tuesday to around $11.85. Consumers voiced their enthusiasm on social media.

Only @MargotRobbie could coerce me into watching a #barbie movie and damn it that may just happen.

Margot Robbie in a Barbie movie?? Take my money

Some were also quite curious.

If this live action Barbie movie doesn't include a scene where the main Barbie uses the other Barbies' dismembered arms as weapons, I will consider it an utter waste of time and betrayal of my childhood.