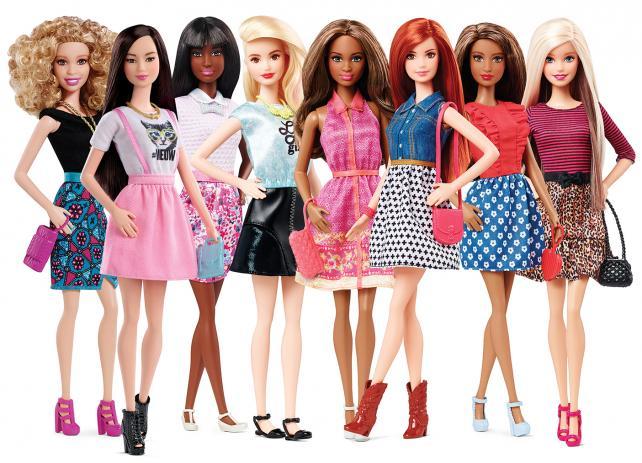 Earlier this month, Mattel began rolling out the new Barbie Fashionistas line -- a collection of 23 dolls that feature eight skin tones, 14 different facial sculpts, 18 eye colors, 22 hairstyles, and 23 hair colors and fashions. The toymaker aims to make Barbie more culturally diverse and reflective of the world in which we live. Now, her marketing is getting a similar shake-up. In its latest campaign, Mattel is refreshing its approach to TV, while exploring digital and social to build the doll's role in pop culture.

The new push for the Fashionistas line, created in-house, is part of a broader 2015 initiative to empower girls. It included a superhero Barbie and campaign to highlight girls' superhero-like qualities. The latest iteration, called "Super Style," uses fashion to drive self-expression.

"Barbie has always been a reflection of the style of the decade but also of the culture and fashion that's happening in the world," said Evelyn Mazzocco, SVP-global brand general manager at Barbie. "["Super Style"] is really about who you are. And fashion is the vehicle for expressing who you are."

The effort comes as Barbie fights to reclaim its spot at the top of the girls category after being dethroned by Frozen during the holiday season last year.

In this latest campaign, Mattel is swapping out Barbie's straight-forward, feature-focused TV spots with energizing ads that have a robust soundtrack.

"We wanted to disrupt the norm of what girls were watching," said Ms. Mazzocco, adding that TV is still the best way to reach girls. "We call it a mini-music video… If you're sitting there watching TV, it jumps out as being very different."

Mattel also created a lookbook -- available in store and online -- that showcases the full Fashionistas line. And the Barbie website features a new game called My Style Book where kids can create their own fashions for Barbie. The brand is also working with YouTube influencers to talk to girls in a new way and spread the Barbie brand further.

"There's an aspirational aspect to the Barbie brand," said Ms. Mazzocco. "Using Youtube influencers to get girls to connect in the space of fashion and style was a great addition to how we're talking to girls."

Barbie is also building a fashion following on social. The doll's Barbie Style profile, managed by KCD, has 815,000 Instagram fans and features the doll doing yoga, cruising by the beach and out on the town with a coffee and shades.

Mattel spent $13.4 million on U.S. measured-media for the Barbie brand in 2013, according to the Ad Age Datacenter.

Barbie is cast in a new light in an online stop-motion music video unveiled last week. Called "Who is Barbie?," it showcases the doll's new street style, diversity and versatility. Barbie, no longer bound by permanently pointed feet, wears flats in the ad created by Brand New School and rocks a partially shaved hairdo.

"It was kind of a risk and very different creatively than anything we've done in the past," said Ms. Mazzocco, referring to the stop-motion video. "There's something really amazing that happens when you bring Barbie to life in stop motion."

Moms will be another big focus for the Barbie brand as it moves into the second half of the year, added Ms. Mazzocco. "We're going to have some meaningful conversations with moms," she said. "Moms have wanted us to listen. We're listening now. And we'll continue to do that."

For 2016, Mattel will explore new avenues to take the brand. The next effort to empower girls will center on music, Ms. Mazzocco said. "We are looking under every rock. We are challenging our own rules," she said. "As we go into '16 and beyond, this is only the beginning."

StarCom handled the media for the "Super Style" campaign, and Golin and HL worked on PR.