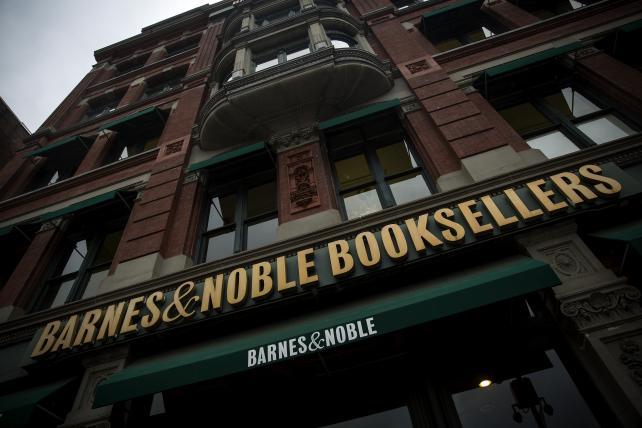 A spokeswoman declined to say why he'd been terminated. It was "not due to any disagreement with the company regarding its financial reporting, policies or practices or any potential fraud," the company said in a statement Tuesday.

The book seller will begin a search for a new CEO. In the meantime, it has appointed a leadership group to share the role's duties until a new leader is named, including Chief Financial Officer Allen Lindstrom, Chief Merchandising Officer Tim Mantel, and Carl Hauch, VP of stores. Leonard Riggio remains executive chairman.

Parneros just wrapped up his first year as CEO this spring. Since he took the helm last April, the stock had fallen more than 30 percent through Tuesday's close and hit its lowest point in about a quarter century in March amid heightened competition from the likes of Amazon. Parneros said on the company's earnings call in June that "turnaround plans take time."

High-level executives at a slew of consumer companies have been ousted in recent months amid allegations of improper conduct, including leaders at Nike, Lululemon Athletica, Guess and Tapestry's Stuart Weitzman. Barnes & Noble said the board chose to terminate Parneros under advisement by the law firm Paul, Weiss, Rifkind, Wharton & Garrison, without specifying what prompted the action.

Before becoming CEO, Parneros had been chief operating officer since November 2016. Prior to joining the book seller, he held several leadership roles at office-supplies giant Staples.