These Two Beer Brands Want You to Leave Work Early

Corona Light, Leinenkugel's Mark Summer Solstice By Urging Less Work
READ THIS NEXT
How COVID-19 is changing shopping behavior on a global scale 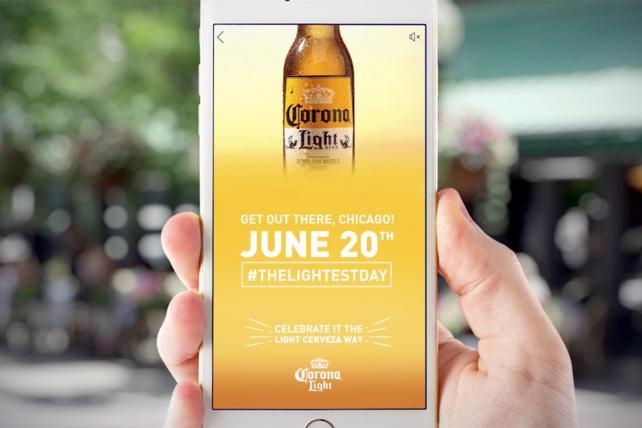 Beer marketers have an incentive to get people to leave work early. Because if you aren't working, you could be drinking. And as the longest day of the year approaches on Monday, two beer brands have latched on to similar ideas aimed at getting people out of the office.

Corona Light is marking the June 20 summer solstice with a campaign that celebrates the "Lightest Day of the Year." The effort targets Los Angeles, New York City and Chicago. The Constellation Brands-owned brew will urge businesses to let employes off at 5 p.m. sharp on June 20. Tactics include a Change.org petition and engaging with local chambers of commerce to spread the word. The agency is Ogilvy, which prepared a mock corporate presentation. One slide notes that "employee productivity levels severely drop off after 5 p.m."

The campaign includes a Facebook Canvas ad unit with a carousel of images and a bar finder that directs viewers to establishments with patios, beach bars, beer gardens and rooftops.

Meanwhile, Leinenkugel's is marking the longest Friday of the year today by kicking off a program called "Leinie Fridays." The MillerCoors-owned brand will host more than 1,000 events in bars and restaurants across the country. The goal of the program is to "encourage employees to step away from their desks and enjoy an afternoon filled with good food, great friends and of course, Shandy," the brand said in a press release referencing its Summer Shandy brew. Olson Engage is handling the campaign, which will continue every summer Friday via the hashtag #LeineFriday.

June 17th is the longest Friday of summer. We're giving our employees the day off to enjoy #LeinieFriday. Join us!https://t.co/txqu7x8t07

Asked about the similarities between the Corona Light and Leinenkugel's campaigns, an Ogilvy spokesman stated in an email that "this is a total coincidence and one that further demonstrates why businesses should push their employees to get outside and enjoy 'The Lightest Day' of the year." 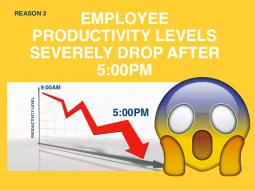 An Olson spokesperson stated in an email that "unlike Corona Light's program, ours isn't directed towards just one day. We are all about what Summer Fridays entail and we see this as a movement towards companies taking a few hours off every Friday during the summer. For us, why not start it all on the longest Friday of the year?"

Summer is a key beer selling season. The period between Memorial Day and Labor Day can make or break a brand's year. So far, there are signs that Anheuser-Busch InBev is getting off to a pretty good start, while Constellation continues its surge.

IRI data cited this week by Beer Marketer's Insights shows A-B InBev's case volume share down just 0.15 points for store sales in the two weeks ending June 5. Beer Marketer's described that as a "huge improvement from [the] last year-to-date numbers we saw," in which A-B InBev was down by 0.8 in volume share through May 15.

But MillerCoors' share performance "got worse," the publication reported, while cautioning readers to not focus too much on the short-term data. Beer Marketer's cited IRI figures showing the brewer down 0.84 volume share points for the two weeks through June 5. MillerCoors' long-term goal is to be flat in volume by 2018 and to grow sales in 2019, according to the marketer.