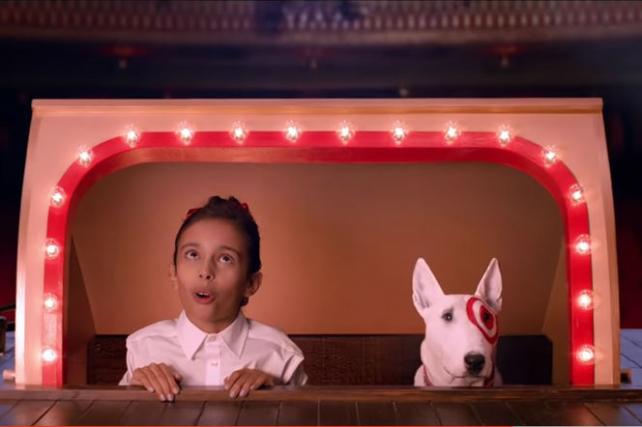 Santa Claus is coming to town, and marketers, worried the Grinch might waylay him, are offering deals aplenty to encourage spending. In the weeks leading up to and including the Black Friday shopping weekend, retailers across the board went deeper with discounts than last year, a strategy expected to intensify as the season continues.

And this year, the season may also feel a little longer: There are four Saturdays this month before Christmas, giving marketers another opportunity for sales.

"They know people often wait till the last minute," said Traci Gregorski, senior VP-marketing at Chicago-based Market Track, a promotion advertising and e-commerce tracking firm. "Last year, they were offering discounts on pretty popular items late in the season, and I anticipate that being the same this year even more."

The National Retail Federation is predicting holiday sales will increase by 3.6%. That rosy picture was reinforced last week by positive spending over Black Friday and into Cyber Monday, led by e-commerce sales. Roughly 108.5 million consumers bought electronically over the Thanksgiving period, about 10 million more than those who shopped in brick-and-mortar stores, according to the NRF. Cyber Monday hit a record $3.45 billion in sales, a 12.1% rise over last year, technology company Adobe reported.

But after last year, when a warmer-than-expected winter scourged sales, retailers aren't taking any chances. Chains such as Target and JC Penney released their holiday circulars weeks ahead of time in an effort to spark excitement.

Black Friday circulars just a couple of years ago were "such tightly guarded secrets until the day before," said Ms. Gregorski, "This year, we saw Black Friday retailers releasing their circulars themselves in advance." She noted that many brands announced deals via their mobile apps in order to drive adoption and loyalty.

Most of the holiday ad campaigns thus far have been promotional rather than emotional. A recent commercial from Kohl's, for example, highlights pricing and products. Target has increased its value messaging during the holidays by 20% over last year.

Because more shoppers this year are opting to purchase online, and often by mobile, retailers are able to make some discounting adjustments on the fly. Market Track reported more online price fluctuation over Black Friday weekend, as some retailers reacted to competitors' prices with their own deeper discounts.

"There has been a shift in the comfort level by the customer with mobile purchasing. Shoppers know the same deals are in the digital channels, and with dynamic, real-time pricing, pricing changes often occur in digital channels first," said Shelley Kohan, VP of retail consulting at analytics firm RetailNext. "Shoppers can get some of the better deals just by staying home."

Yet so many deals could damage retailers' bottom line. Ms. Kohan noted that average unit retail figures—net sales, after markdowns, divided by the number of units sold—have already declined 10% this year as a result of retailers resorting to heavy discounts.

Electronics sellers like Best Buy are expected to emerge victorious as trendy items such as drones, health-tracking devices and virtual-reality products continue to hold sway with consumers. Toy retailers are also in for a good year with some must-have items already selling out. With no new popular apparel trend, however, specialty stores and department stores could be left out in the cold.

Forget Yeezy: Go the classic route with a pair of Adidas' ever-popular Stan Smith sneakers. Differentiate from the other hipsters by opting for all-yellow. 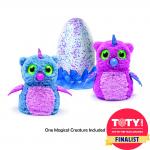 This must-have toy, an interactive version of the '90s Furby, sold out early on. But parents, don't despair. Word is that retailers like Toys R Us are already re-upping.

Fitbit is extending its streak of holiday popularity with new accessories like a scale that adds newness to the health-tracking trend.

Everybody's curious about VR these days, and they all need a headset. Prices range from around $15 to $800, so even the cheapskates won't be left out.

If you can get past the idea of gifting a cleaning appliance, you'll see how cool one can be. Some now have voice command via Amazon's Echo.