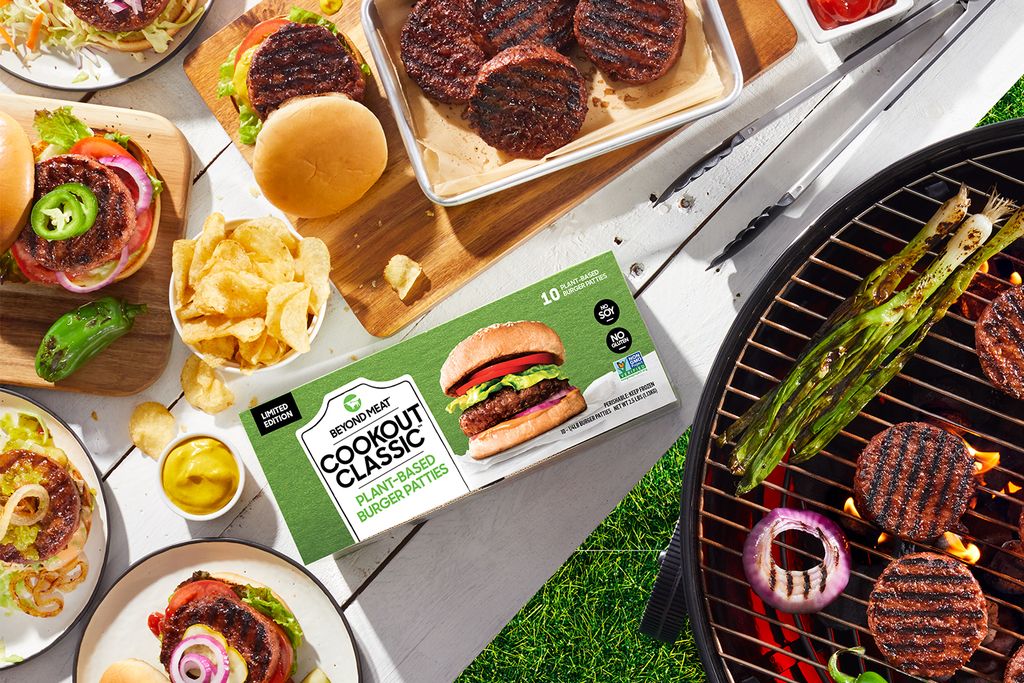 Beyond Meat shares soared after the maker of alternative meat, whose growth model has long relied on high-profile partnerships, said it would team up with one of its biggest collaborators yet: PepsiCo.

The two companies are forming a joint venture focused on creating, producing and marketing new plant-based snacks and drinks, according to a press release Tuesday. Terms of the venture, dubbed The PLANeT Partnership LLC, weren’t disclosed.

Beyond’s shares jumped as much as 39% in New York, the biggest intraday gain since June 2019. The stock rose 65% in 2020, buoyed by more Americans cooking at home. PepsiCo shares were little changed Tuesday.

Beyond, whose namesake burger was an early entrant in the faux-meat wars, has helped grow its name recognition and reach by partnering with a series of big restaurant chains, from Pizza Hut to Dunkin’ to KFC. Earlier this month, Taco Bell announced it will begin testing a Beyond Meat menu item in the U.S., and it collaborated with McDonald’s in the creation of plant-based patties for the fast-food giant’s new line of substitute meat products, dubbed McPlant.

Still, industry watchers don’t expect McDonald’s would introduce a Beyond-based patty in the U.S. anytime soon, where the chain is focused on traditional hamburgers and chicken products. Now, some may question whether Beyond's collaboration with PepsiCo would ruffle feathers, as McDonald's longstanding partnership with Pepsi's rival Coca-Cola dates back decades. Some of the Golden Arches’ biggest rivals are already aligned with Beyond rival Impossible Foods. Burger King announced its partnership on the Impossible Whopper in 2019, and Starbucks introduced its Impossible breakfast sandwich a year later.

Beyond has also been growing distribution rapidly inside grocery stores, an area where PepsiCo commands a lot of shelf space. The maker of Quaker Oats, Doritos chips and Gatorade will bring its marketing, brand-building and distribution weight to the partnership, while Beyond offers its expertise in plant-based protein development and its success with young consumers.

“With PepsiCo’s reach and distribution, Beyond Meat will be able to enter new categories and channels and accelerate bringing these products to markets around the world,” the companies announced in an email. The specific portfolio of products is still in development.