In a three-year deal with McDonald’s, Beyond will become the preferred supplier for the patty in the McPlant
READ THIS NEXT
The Week Ahead: Delta reports earnings and ANA hosts data and analytics conference 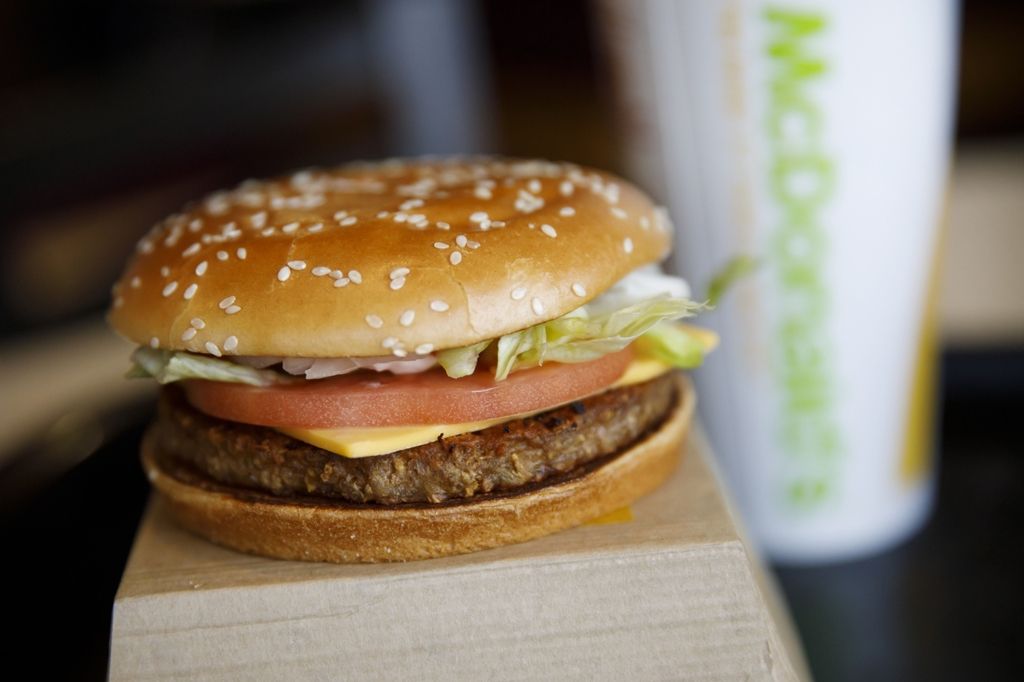 Beyond Meat has announced strategic tie-ups with two of the largest fast-food companies in the world, McDonald’s and Yum Brands.

As part of the faux-meat maker’s three-year deal with McDonald’s, Beyond Meat will become the chain’s preferred supplier for the patty in the McPlant. Although the companies had previously announced they’d co-developed the recipe, it wasn’t yet clear to investors whether Beyond would actually produce the patty for sale in markets around the world.

Beyond Meat and McDonald’s will explore developing other plant-based menu items, including alternative chicken, pork and eggs, they said in a statement Thursday. But terms of the partnership were not disclosed. The faux meat maker also said in a statement it would co-create plant-based protein items for Yum’s KFC, Pizza Hut and Taco Bell chains over the next several years.

Beyond Meat shares reversed earlier losses, rising as much as 18% after the close of regular trading in New York.

The new agreements overshadowed fourth-quarter results that fell short of Wall Street’s expectations. Sales in the period were $101.9 million, compared to the average estimate of $103.6 million from analysts. The company isn’t providing a forecast for 2021.

Related articles
McDonald’s plants a meatless stake with McPlant, its own plant-based product
Jessica Wohl
Beyond Meat and PepsiCo team up to develop plant-based snacks and drinks
Here’s a sneak peek at Beyond Meat’s first broadcast TV commercial
Jessica Wohl

Restaurants’ struggles are weighing on Beyond Meat’s results. In the fourth quarter, foodservice sales were down 43% year on year, falling to about one-quarter the size of its retail sales market. That’s a stark contrast from prior to the pandemic, when the company’s sales were evenly split between supermarkets and restaurants. CEO Ethan Brown noted in the results that “weakened foodservice demand resulting from the global pandemic has impacted our near-term profitability.”

At the same time, competition is heating up at grocery stores, with the company saying that “the surge in demand from retail customers that characterized the early stages of the pandemic as consumers abruptly shifted towards more at-home consumption has moderated.”

Restaurants worldwide are rushing to add plant-based fare, which frequently helps attract new and younger consumers. The meat alternatives are seen as more environmentally friendly and better for animal welfare. Burger King, for example, saw a boom in sales when it started selling the Impossible Whopper that’s made by Beyond’s biggest competitor.

Just last month, McDonald’s started testing a McPlant sandwich in Denmark and Sweden that’s made from pea and rice protein. While McDonald’s will source the McPlant patties for the tests through Beyond Meat, it didn’t specify suppliers for future roll-outs at the time. Beyond also hasn’t offered many details of the arrangement, just saying that it has collaborated with McDonald’s.