READ THIS NEXT
Anheuser-Busch strikes deal with Travis Scott, and The Rock’s new tequila is on fire: Trending 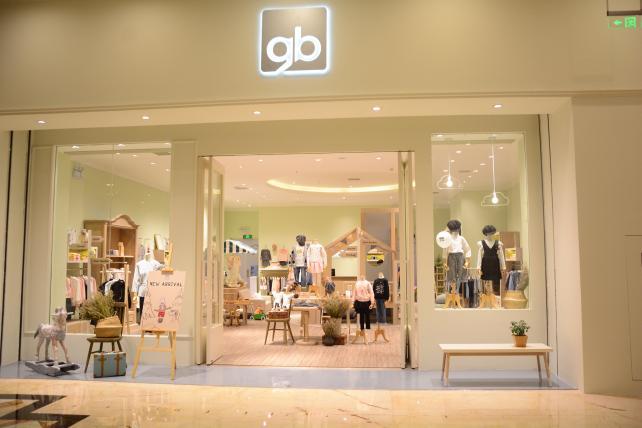 Louis Houdart, who founded a boutique branding agency in China, has done projects for French brands like Dom Pérignon and Lancôme. But his big opportunity turned out to be something else entirely: working with major Chinese companies that have little or no name recognition in the West.

His 30-person firm, Creative Capital, created two eyewear brands for Best, a glasses company, and worked on storytelling for Beijing Aimer Lingerie Co., which has around 2,000 points of sale. For Goodbaby International, a huge maker and retailer of children's goods that bought U.S. brand Evenflo in 2014, Creative Capital developed a chic but playful new retail concept for the company's apparel stores.

China, with its 1.37 billion consumers, has many, many brands that are well-known locally but unfamiliar to Westerners. Working with them is an opportunity that international agencies big and small are eager to tap further. And partnerships with them are more strategic than ever.

As China's market matures, local brands are taking market share from multinational competitors in categories like fast-moving consumer goods, a challenge for Procter & Gamble and Unilever. And Chinese brands, especially in electronics, are gaining traction globally, even if their names aren't always recognized.

TV manufacturer TCL is making inroads in the U.S., a market Chinese brands often find tough to crack. Huawei, Oppo and Vivo are the No. 3, 4 and 5 smartphone players globally and are nabbing market share from Samsung and Apple. Many Chinese companies, like Goodbaby, have bought brands outside China. The journey will be interesting, and agencies want to be along for the ride.

Who's in the game

Mr. Houdart, a fluent Mandarin speaker, founded his branding company in China five years ago with a Chinese and international team. He said about 95% of its work in China is for local companies.

Their demand for branding expertise is growing, he said. Five or ten years ago, Chinese brands faced less competition, the economy was growing faster, and costs for opening stores and hiring sales staff were lower, so they put less emphasis on marketing. Now more Chinese brands realize "they need to sell their story," Mr. Houdart said. "For some, it's a question of survival."

A few other relative newcomers have done well with Chinese brands. Creative shop Fred & Farid, whose co-founder Frédéric Raillard moved from Paris to Shanghai in 2012, does creative duties for ultrafast-growing smartphone player Vivo. The agency also works for internet giant Alibaba—a name familiar by now in the West—as do VML China and BBDO China.

Some big multinational agencies have built connections with Chinese brands over time. Ogilvy, which entered mainland China in 1991, has a strong roster of Chinese clients, including Haier, which just bought GE Appliances, and dairy giant Yili, which appears on Ad Age's list of the top global ad spenders.

BBDO, also celebrating its 25th anniversary in China, counts among its clients another dairy company, Mengniu, appliance-maker Midea and instant-noodle giant Master Kong, along with Alibaba.
Krys Piotrowski, general manager for business development and communications at Publicis Media, sees more local brands exploring what a big multinational agency can offer on strategic thinking in China, or "looking for a partner who can leverage their global network to support their expansion plans beyond China."

Still, it's not easy for international agencies to win Chinese business and hang on to it. There's strong competition from Chinese local agencies, including digitally savvy hot shops; they know the culture and China's unique online landscape, where the players are Alibaba, Baidu and Tencent, not Facebook and Google.

Compared with other markets, China has more project work. There are relatively few long-term partnerships between Chinese brands and multinational agencies, though that has been changing. Yili has worked since around 2007 with Ogilvy and since 2008 with Mindshare. Huawei has worked with a bespoke WPP team for several years.

Greg Paull, co-founder and principal at consultancy R3, recounted an anecdote about a joint venture between a multinational automaker and its Chinese partner. "It briefed four agencies on Thursday and said, 'Present to us on Sunday. Because once you work with us, that's what life is going to be like.' And all four agencies came in on Sunday with their ideas."

Despite the challenges, China offers opportunities that can be hard to come by elsewhere. Many Chinese brands started out as makers of parts or products for other companies, and Mr. Houdart says it's fun to help them sell stories and not just products, and sometimes to launch their new brands.

It's also rewarding, he says: "You feel you can have a much more tangible impact on their business than if you're working on a tiny project for P&G."