Five months into her tenure as Uber's first chief brand officer, Bozoma Saint John is making her first big marketing move with the debut of an NBA-themed national ad campaign, "Rolling With the Champion." Her company tapped LeBron James and Maverick Carter's digital media company Uninterrupted for the effort, which stars ESPN SportsCenter co-anchor Cari Champion, newly trained as an Uber driver, transporting NBA rookies like the L.A. Lakers' Lonzo Ball and Kyle Kuzma as she digs into their personal stories.

The effort debuts today on ESPN and is a glimpse of where Saint John plans to take Uber's message as the company tries to dig out of its many controversies over the past year, a series of debacles that led to the exit of founder Travis Kalanick.

"The way I'm theoretically thinking about it is that Uber is the official ride of pop culture," she says. "It's convenient, but it's also the way of life now, how you experience all the things you do in pop culture, whether it's sports, music, fashion or art."

Earlier this year, Saint John began rolling out a sports-focused approach with a localized campaign around the NFL, which highlighted drivers who are also NFL fans getting ready to transport other sports fanatics on game day in various team cities.

The national "Rolling With the Champion" spot will drive viewers to longer-form versions of the interview on Uninterrupted.com. Further content coming over the next two months will include Champion interviewing former NBA greats Chauncey Billups and Paul Pierce as well as L.A. Clippers' DeAndre Jordan.

When asked why the campaign takes the pop culture route rather than directly addressing the company's highly publicized scandals, Saint John wholeheartedly acknowledges Uber's need to fix itself—but that that's not a job for marketing.

"It's such a serious matter, and it's very important that it is addressed internally as a process shift, but this can not be a marketing ploy," she says. "I am not in the seat to use reconciliation of past wrongs as a way to bring the brand forward. I'm an employee too. These things that need to be fixed, need to be fixed and are not a marketing agenda." 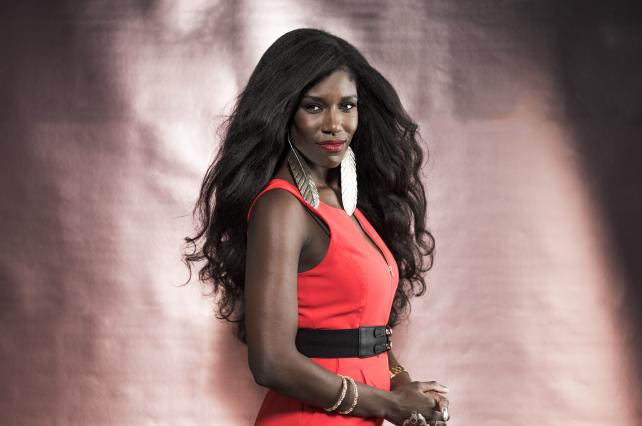 Saint John joined the company in June just as its headaches were coming to a perfect storm—following accusations of systemic sexual harassment, the announcement of the U.S. Department's criminal investigation into its use of software to evade local law enforcemcement and just before Kalanick's resignation.

But from her point of view, there are other tales to be told. "I firmly believe brand stories are complex and multilayer," she says. "I have great colleagues in HR and Inclusion working tirelessly on all of our culture changes." Saint John herself joined the board of Girls Who Code, following the company's $1.2 donation to the organization. "I took that on personally," she says.

Marketing-wise, however, "I look at the brand and see how we are firmly in pop culture," he said. "Uber is a verb, people use it colloquially—'I'm going to Uber here, Uber there.' There's really an opportunity to look at pop culture, where do we fit in and how can we tell those stories?"

The new campaign with the NBA was a way to amplify what the company has already been doing on the ground. "When I started looking at our business development deals, we have all these agreements in sports. There are pickup and dropoff locations at all these stadiums, and fans are able to take Uber to all these games. So let's take a step further and see what happens beyond the practical."

Saint John says she came up with the concept for the campaign, but Champion and Carter were key partners in fleshing it out.

Uninterrupted, for example, was instrumental in bringing the talent on board, as in the case of Kuzma and Ball to promote the brand's Uber Pool service. "We had wanted to work with Kuze, as he's an interesting and dynamic personality," says Carter. "One of our team pitched the idea and it ended up being a way to show off the product in a very natural way."

For the content, there was no scripting involved, leading to spontaneous moments like a freestyle rap between Champion and Ball. "Cari's a professional and she knew where she wanted to drive the conversation," Carter says. "In the stories we tell, we serve the athletes to make sure their story gets told in the way they want, and we didn't need any handholding with the scripts."

Saint John sees the idea expanding beyond sports. "I don't yet have solid plans, but obviously, I have a huge interest in music, so I'm going to find the right angle to come into that, whether it's based on getting to a venue or how to transport music artists," she says. "This can translate to Fashion Week. There are many legs for how to show how Uber is integral to people's lives."