How Brands Must Adapt to the 'New Majority Marketplace'

Why the Traditional 'General-Market' Paradigm Is Dying
READ THIS NEXT
How Klarna is using Paris Hilton and her media agency in new campaign
Ola Mobolade
Credit:
Ola Mobolade

There is considerable buzz in the marketing industry over the recent release of the 2010 Census' racial and ethnic data -- most loudly, among multicultural advertising agencies. And on the other side of the boardroom table, advertisers are undoubtedly reading and listening to various interpretations of what this means for their businesses. The takeaway is simple: America is more ethnically diverse than ever; 50% of babies born today are non-white. And when these babies grow to be adults, they will be in the majority, as so-called ethnic minorities.

The impact this will have on marketing is more complicated. To say that the widely accepted multicultural marketing paradigm is outdated would be an understatement. In many cases, marketers are still employing the same ethnic strategies as the very first multicultural campaigns of the 1950s and 1960s -- step 1: identify the largest ethnic segment(s); step 2: assume that they engage with your category/brand differently than whites do; step 3: use a multicultural specialist to convey a targeted message relying heavily on in-culture casting and language, with a sprinkling of cultural nuances and passion points; step 4: be disappointed by (lackluster) return on (minimal) investment.

But this isn't a story about why brands should invest more in ethnically targeted research and marketing. The drama we're watching unfold is a much more complex one: There is a race to evolve the multicultural-marketing paradigm, and the prize is the lucrative and growing multicultural consumer marketplace. General-market and multicultural agencies are competing in the first heat, and brands are up to the line next.

For multicultural agencies, their read on the ethnic population boom toggles between hope and fear. They hope it will lead to greater emphasis on multicultural marketing among Fortune 500 brands, leading to a spike in their value, visibility and revenue streams. But many of them also fear that general-market agencies will swoop in, under the veil of new cultural competency initiatives and "steal" the opportunity to market to America's "new majority" (the collective minority population plus whites, influenced by these cultures). Some niche shops have responded by positioning themselves as "cross-cultural." However, their resources are no match for general-market powerhouses like Ogilvy & Mather, which have established in-house cross-cultural practices, allowing them to claim expertise in reaching both ethnic and white consumers.

While the inter-agency debate brews on, I have been troubled by the lack of dialogue on what these changes mean for brands and businesses. There seem to be a few consistently emerging perspectives from brands seeking to adapt to what I call "The New Majority Marketplace:" 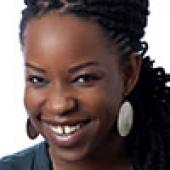 Ola Mobolade
View all articles by this author