In this Q&A, two acclaimed storytellers discuss how stereotypes were formed—and how brands can use narrative to transform perceptions. 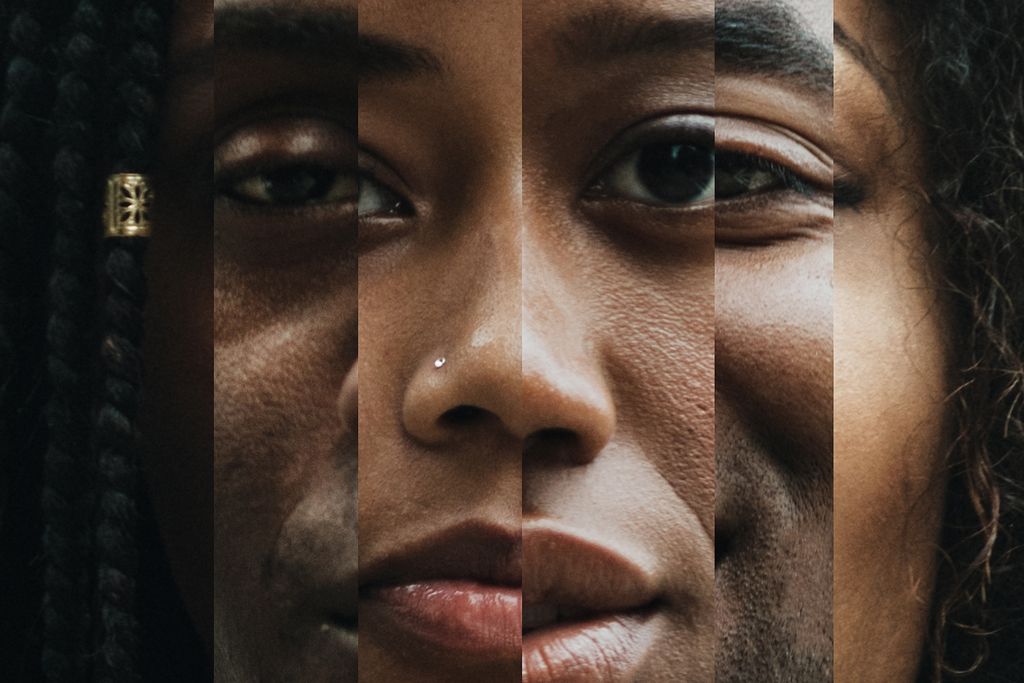 Don’t underestimate narrative power: Storytellers shape the world in which we live. They hold the pen to our history, defining culture through their art. This is a power, yes, but also a privilege. As marketers, we have a unique opportunity to create a more equitable future. We also have an obligation to dismantle the deeply ingrained stereotypes that were forged by industry predecessors.

As the United States reckons with its history of racism, it seems long overdue to revisit how storytellers have influenced society, for better and for worse. When a story is told and retold by the same people, prejudices and perceptions can become entrenched in the collective consciousness—and that is how biases are born. So what is the first step to move forward? To find out, we spoke with two acclaimed storytellers from two different spheres: writer, director and filmmaker Deborah Riley Draper and head of basketball, sports marketing, at PepsiCo, Charece Williams Gee.

The Female Quotient: What can we learn from unearthing the past and shedding light on hidden figures in history?

Deborah Riley Draper: When we intentionally or unintentionally leave people out of a story, we leave part of the story out, too. If you’re not telling the full story, you’re missing elements that are critical to understanding the past.

FQ: What role and/or responsibility do brands have in telling these stories and bringing marginalized groups to the forefront?

Charece Williams Gee: This world functions through relationships. It is the responsibility of brand owners to develop and understand their relationship with consumers to know what to say and what to do and how to do it. Brands must understand their societal roles and use their voice and influence to amplify marginalized voices, advocate appropriately and, in some cases, actually be the change that we hope to see. By way of example, in my previous role as head of bBasketball for PBNA Sports Marketing, I used my position to advocate for the women of the WNBA through sponsorship and active support of 2020 WNBA MVP A’ja Wilson and heartfelt brand action, like sponsoring the Crossover Salon powered by Mountain Dew in the WNBA bubble during the 2020 season.

FQ: Tell us about what you call the “Watermelon Effect.”

What was really there after slavery, during Reconstruction, was a ton of Black people who were entrepreneurs. They had watermelon farms and would go to the market where they would sell watermelon to make money. … And, in the South, in places like Mississippi and Georgia where it gets very hot, watermelon was very hydrating.

What you don’t see in front of or behind that clip are the men with their wagons of watermelon because they were farmers selling their excess crop to make money. They were taking a break to eat watermelon, because they owned it. … But what you would see in subsequent films was African Americans going to steal watermelons, being lazy and just eating watermelon.

And what’s interesting is you read articles now, you can read an article in any fashion magazine or any health magazine, and what does it say? Watermelon is a nutritious fruit with hydrating properties. So why is it OK if one part of the culture eats watermelon for its hydrating and nutritional value, but when another part of the population eats it, then they’re lazy and shiftless and it becomes a negative stereotype? It’s a double standard—and it’s quite the bias.

FQ: In your experience as a marketer, what types of stories are the most impactful and drive real change?

Gee: Consumers are looking for authenticity. Brands and organizations that are intentional about how they operate within their own four walls typically bring forth authentic programs and messages. Consumers are smart and know the difference between talk and walking the talk. If the goal is to drive change, it is important that people believe in both the mission and the messenger. It helps when the marketers are leaning in and bringing their personal passion and sizzle to each project.

FQ: You’ve spoken about the presence of double bias. Can you share more about what this is and the role it plays in the media?

Draper: I think [civil rights activist] Pauli Murray termed what I mean best when she called it Jane Crow. She wrote about how first there’s the race bias, and then there’s the gender bias. But when you’re a Black woman, you have both of the biases wrapped into one. You’re double-marginalized, double-biased, and it’s not just the question that [sociologist and civil rights activist] W.E.B. Du Bois asked, “Can I be both Negro and American?” It’s “Can I be a Negro woman and American?”

The image of the watermelon men created that. I think the image of the Black woman in “Gone With the Wind” created something else entirely. The idea of Mammy, the idea was so misconstrued of a woman who was working at her job and doing it exceptionally well [that it] becomes a caricature—a woman who is a slave, who couldn’t get another job because, by law, she had to be a slave. … And then we make fun of it, and we make a caricature of it when, in fact, these women were strong, honest, and they took care of people’s families, they clothed them, they fed them.

FQ: How can storytellers become more conscious of bias, to create content that reflects our diverse reality and authentically connects to a broader audience?

Gee: Each one of us brings our personal experiences and perspective to our work. It is important to ensure our teams are made of a diverse group of individuals so various perspectives are represented. This includes our brand marketing teams, agency partners, cross-functional team members and, in some cases, leaning in to employee resource groups to help bring forth fresh perspectives. As co-chair of MOSAIC, PepsiCo’s Black employee resource group, we’ve partnered with several brands on major projects. Teamwork truly makes the dream work.

As Draper reminds us, “People don’t just become hidden figures. They’re marginalized into being hidden figures because their stories are diminished and undervalued. Images creature culture; we embody the information we receive from the cultures we are a part of. It is up to us, as marketers, to be conscious of the stories we are sharing. We must be conscious that everyone—even, especially, historically “hidden figures—has narrative power. Again, it feels appropriate to end with a quote from Draper: “Don’t cut off the supply of stories—let everyone have an opportunity to tell them.”

The Female Quotient is advancing equality in the workplace through the power of collaboration. It brings visibility to women, activates solutions for change, and creates metrics for accountability.

The Female Quotient is advancing equality in the workplace through the power of collaboration. It brings visibility to women, activates solutions for change, and creates metrics for accountability.