The economy might be booming, but CPG marketing spending keeps going bust. Find out below about the latest packaged-goods marketer to slash its marketing spending. But first, some news about cheap beer up north.

If Canadian politician Doug Ford gets his way, it will soon be dollar beer night across Ontario, all the time. The Ontario Premier— and brother of the late Toronto mayor Rob Ford—said this week he will introduce legislation to lower the minimum price of beer to $1 from $1.25, according to Canadian press reports. Ford is a member of the Progressive Conservative party which came into power in Ontario earlier this year, ending 15 years of Liberal rule. The Liberal government raised the minimum beer price to $1.25 in 2008. 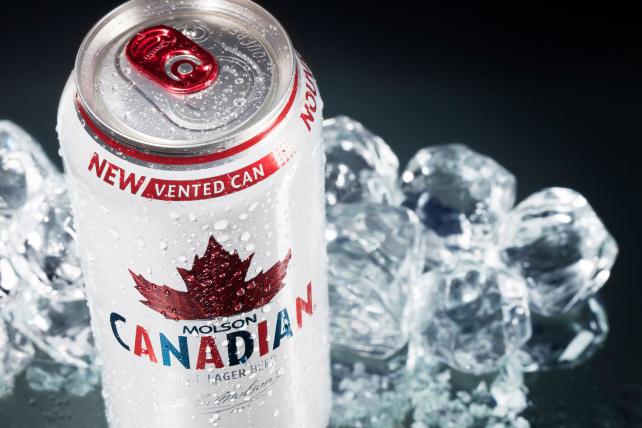 As the Guardian points out, the price floor applies to beers with less than 5.6 percent alcohol content and breweries will not be forced to adopt the minimum price. But that is not stopping breweries from complaining about the new minimum (see some of their tweets below.) Ford says he will encourage the new minimum with a "buck-a-beer challenge," which, as The Guardian reports, will "offer promotional programs, in-store displays and advertising to those who sell their beer at the minimum price."

Our brewery will not be joining this #buckabeer race to the bottom. We are committed to making a quality product that we are proud to serve and that means it will always cost more. We firmly believe that you really do get what you pay for. #qualitymatters #craftbeer

We will continue to offer fair prices that allow the living wage to our team and maintain fresh quality brews. We are not going to pursue this initiative.

Men, it's time to dye

As "disruption" contagion spreads to ever more categories of packaged goods, True Sons is taking aim at men's hair color—and Combe's Just for Men—with a subscription foam that requires no mixing and otherwise promises to work better on many fronts than other stuff on the market. Founder Carl Sandler arrives without a wheelbarrow of venture cash, unlike many recent market entrants, but says he did get enough from angel investors to fund years of painstaking product development. In the tradition of Dollar Shave Club – now part of Unilever – he's starting with a clever, funny video, in his case from MinusL, New York.

Sandler says True Sons aims to reach younger men in their 30s and 40s who have grey hair but are turned off by the bygone-era advertising, packaging and products of Just for Men. Only about 12 percent of greying men dye their hair, Sandler says, vs. 80 percent of women. He hopes he can change that.

The economy may look great to lots of folks, but not necessarily to packaged-goods marketers. Add Edgewell Personal Care to the list of marketers whose spending fell last quarter following an organic sales decline. Clorox Co. and Kimberly-Clark Corp. were also among marketers whose marketing spending declined last quarter.

Edgewell joined K-C in citing less spending and more efficiency on "non-working" advertising, i.e. fees for agencies and production (This, of course, leads more agency staff to be "non-working" in a different sense.) K-C also came up light on sales, but Clorox, whose sales rose 3 percent, blamed weather that dampened Kingsford sales and other timing issues. For all of them, underlying factors include a rise in material and trucking costs, along with an inability to take price hikes quickly. Several players such as Procter & Gamble Co., Clorox and K-C have indicated price hikes are coming, which could help. And it's worth noting that two marketers that delivered strong organic sales growth of 4 percent to 5 percent – Church & Dwight Co. and Energizer – also hiked ad spending. Their "non-working" worked pretty well.

Customers shopping the Abercrombie & Fitch or Hollister apps can now use Venmo to pay. The apparel retailer, which has struggled in recent years to revive its '90s-era heyday, has introduced the payment option in order to better engage with millennial and Gen Z customers. Joanne Crevoiserat, chief operating officer, noted in a statement that Venmo is a "powerful addition" to the retailer's apps.

A brand in transition

Fresh on the heels of a new marketing campaign, "Light Under Control," and brand refresh, Transitions, the lenses that go from sunglasses to spectacles in the blink of an eye (or, in actuality, a slow three minutes), has announced a new partnership with fashion designer Christian Siriano. Siriano's line includes new colors and style mirrors. 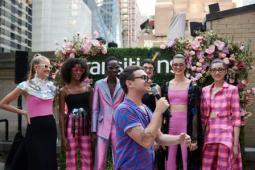 The Essilor-owned Transitions is hoping to go from "fashion faux pas" to "fashion must-have," according to a publicist's pitch, which also references the tired association of older generations wearing Transitions in the '80s and '90s. Tell that to Ad Age's Director of Video, Alfred Maskeroni, who has been wearing Transitions for at least two decades and will vehemently deny that the brand is in any need of an update.

Would you give to this?

It's a bird, it's a plane... it's a liberal Supreme Court justice? RBG's robe is getting superhero cape treatment. A Brooklyn-based product incubator is running a Kickstarter to create an action figure modeled after Supreme Court Justice Ruth Bader Ginsburg. The crowdfunding campaign has raised more than $613,000 so far, far more than the initial $15,000 goal. Toys ship out this fall.

120 percent: The increase in pounds of Korean barbeque sauce shipped to U.S. restaurants last year, according to NPD Group, which says the new demand is the latest part of Korean culture to hit the states, following K-pop, K-drama and K-beauty.

In case you haven't heard, the Oscars added a new category, popular film, that is getting ripped on Twitter.

The Oscar for "Best Popular Film" should look like this: pic.twitter.com/XQJ97TteJs

Lee Applbaum, global CMO for Patrón Spirits, is expanding his duties to include Grey Goose. Grey Goose is owned by Bacardi Limited, which acquired Patron earlier this year.

Brenda Tsai joined BNY Mellon as chief marketing officer this week. The New York-based position is a new one for the bank, and it includes leading marketing strategy on a global level, as well as expanding digital marketing initiatives. Tsai formerly was senior VP and global head of strategic marketing and communications at FactSet.