After years of sluggish U.S. sales, the low-calorie beer became confined to the St. Louis area
READ THIS NEXT
Uber and Lyft sell ads on top of New York City taxis

Chief among Budweiser Select’s few claims to fame is its relatively quick boom and bust. The Anheuser-Busch InBev brew was briefly a staple of the mid-2000s, but barely a year after its launch, the low-calorie brand’s market share plummeted and its coast-to-coast availability soon withered away to a handful of retailers in St. Louis.

But after more than 10 years in relative obscurity, Budweiser Select is now poised for a comeback with AB InBev unveiling a new ad campaign to spread the word that its once-popular beer brand will return to store shelves nationwide this year.

“Flash forward to 2020, COVID has a significant impact on peoples’ purchase decisions … and Budweiser had a little bit of a renaissance,” says Monica Rustgi, VP of marketing at Budweiser.

On top of a wider boost spurred by the pandemic, she says the company simultaneously identified another consumer trend unrelated to the ongoing COVID-19 crisis: “People are caring about health and wellness.” And Budweiser Select, born in the low-carb craze of the 2000s, appeared to be the ideal beverage to sell to an increasingly health-conscious public.

Banking on the product’s taste and 99 calories per serving, AB InBev is now breathing new life into the brand that has remained largely dormant for the past decade, whipping up a new marketing strategy that it hopes can re-energize Select in the U.S. As it s it goes national again, Select could face its greatest competition from another AB InBev low-cal beer—Michelob Ultra. The 95-calorie brew has been enjoying a huge growth spurt for years and now ranks as the nation's fourth-largest beer, two spots ahead of regular Budweiser, according to Beer Marketer's Insights. 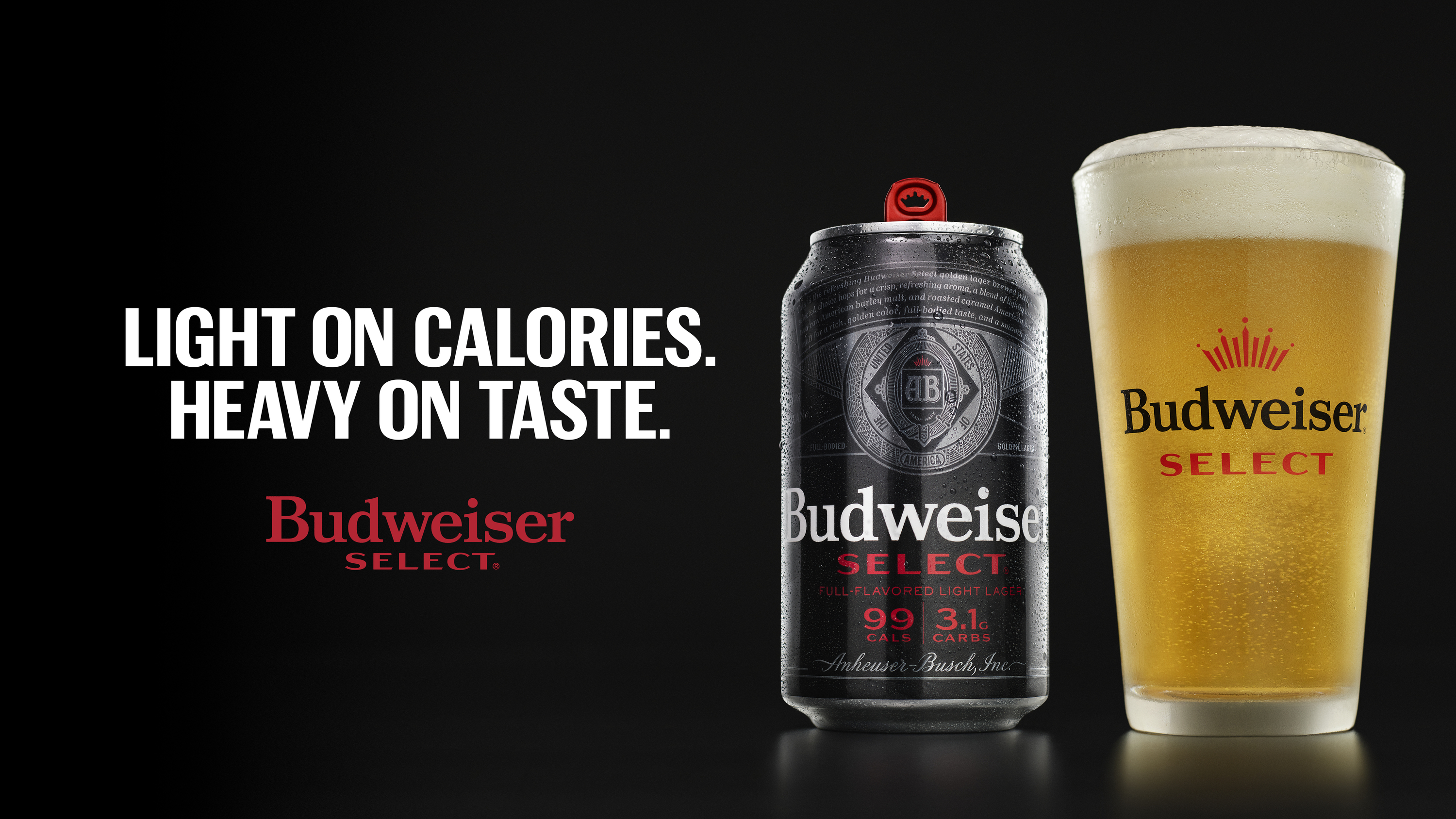 First introduced in 2005, Budweiser Select was once as popular mid-decade as “American Idol,” Livestrong bracelets and Gwen Stefani.

Boosted by a pre-launch Super Bowl ad from DDB Chicago, which was scrapped shortly after airing due to complaints about its tagline from wholesalers, the then-new brand from AB InBev grabbed 1.3% of all supermarket beer sales in the U.S. in the first four weeks following its debut—a rare milestone for newcomer beers.

Budweiser Select was ranked as the No. 2 most popular new food and beverage item that year, second only to the Slim-Fast Optima diet line, according to Information Resources Inc, now known as IRI. Some industry observers even expressed concern at the time that its sudden popularity might “cannibalize” sales of other AB InBev products, an Ad Age article from April 2005 notes.

But the hype proved to be temporary. Just two years later, despite investing $170 million in media and enlisting rapper Jay-Z as a brand ambassador, Budweiser Select was spiraling; the brand faced a full-year sales decline of 7.6% in 2006, and a drop of nearly 20% in the first quarter of 2007, according to data from Nielsen and IRI.

By 2010, the beer had all but disappeared from American store shelves, relegated to limited availability in the areas surrounding Anheuser-Busch’s home turf, St. Louis, where it maintained a cult following. To this day, Budweiser Select outsells even Budweiser itself on a per-item basis in St. Louis.

Selected for a comeback

Last year, after nearly a decade of exclusivity to residents of the Gateway City, Anheuser-Busch made the final call to pluck Budweiser Select from the depths of its portfolio of more than 40 American brands and relaunch it on a nationwide scale.

“Whenever we go into the [St. Louis] market and see the diehard following behind Bud Select, it’s always been like, ‘Wow!’ The people are clearly showing us, where it’s distributed, that they love this product,” Rustgi says of the local enthusiasm that helped spur the brand’s return to national distribution.

“We know that once we launch this, anyone that’s moved out of St. Louis will be very excited about the ability to get their hometown classic,” she says.

To get the news of its revival across, the brand tapped Budweiser’s long-time agency partner VaynerMedia to create a humorous campaign that emphasizes how similar the taste of 99-calorie Select is to original Bud.

The ad push is anchored by a 30-second TV spot that shows the company’s head brewer Pete Kraemer, who first created Budweiser Select in 2005, hooked up to a lie detector as he’s asked if Select tastes the same as classic Budweiser. “Yes,” he says with a passing grade. And to confirm his answer, his polygraph test’s administrator is herself attached to a lie detector.

“Everyone knows what a light beer is like. They go into it assuming there will be a sacrifice on the taste experience,” Rustgi adds of the strategy behind the creative, emphasizing that Select maintains all the taste of a full-flavored lager. “We’re leaning in on that predisposed disbelief.”

In addition to its TV commercial, the national media rollout will include an online product locator, digital elements and a social campaign that will eventually be complemented by influencers, especially those who may have a connection to the St. Louis area.

Budweiser Select is also working with Major League Baseball this year for a partnership that will include in-stadium signage, a national XM radio buy and social media giveaways centered around baseball’s Opening Week.

As part of its nationwide relaunch, Budweiser Select has tweaked its original positioning, Rustgi confirms.

Once pitched as an “aspirational” premium beer, it is now “acting with the confidence and authenticity” that has played well for other names in the AB InBev portfolio, as well as embracing its status as a heritage brand. “That’s why we’re seeing our brewmaster in the spot” instead of a third-party spokesperson, she says. (Sorry, Jay-Z.) 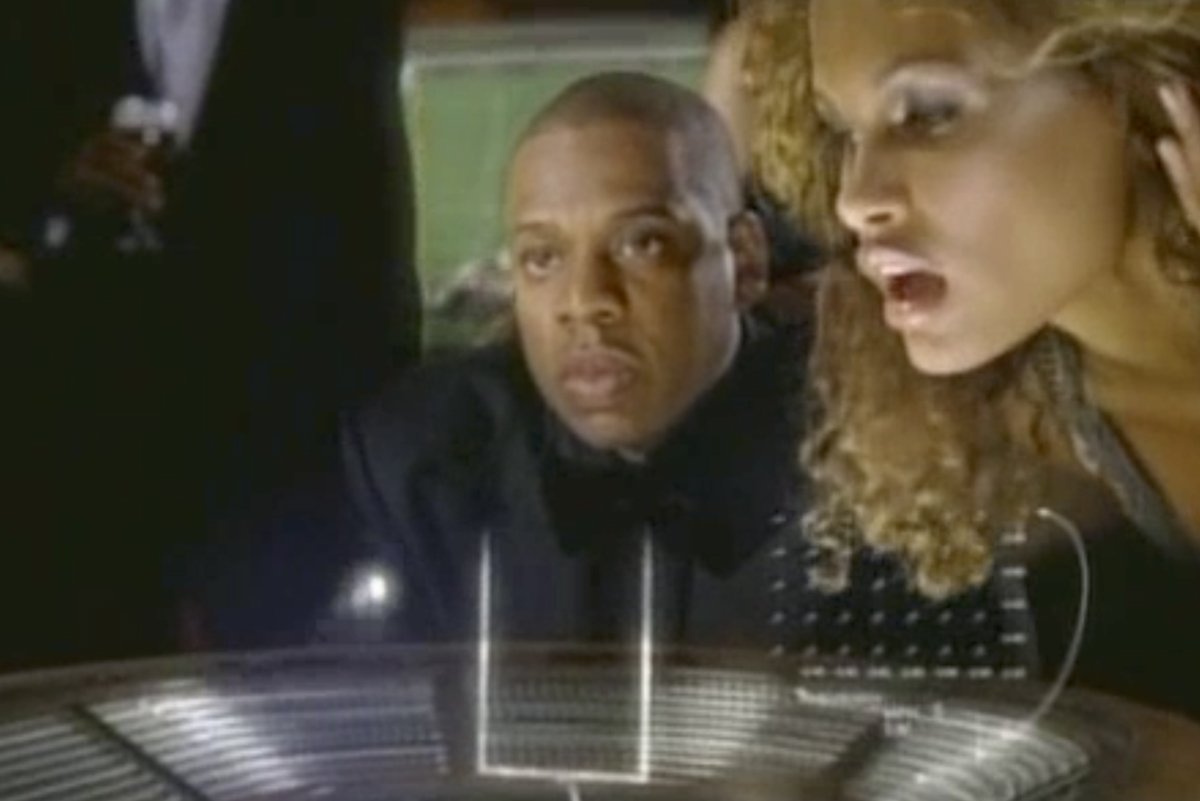 Rapper Jay-Z stumps for Budweiser Select in this 2006 football-themed ad from Cannonball.

Budweiser Select’s nationwide resurrection may signal a broader trend for 2021 and the coming years, as other brewers seek to reinvigorate some of their neglected properties.

Just two weeks ago, AB InBev competitor Molson Coors announced the rebranding of Miller Genuine Draft, a domestic premium lager that dominated the U.S. beer market in the early ‘90s but quickly lost its relevance—and most of its market share—thanks to a combination of inconsistent messaging, unmemorable packaging and a shift in consumer habits.

“We’ve had great success on packaging refreshes across other areas of our portfolio and we knew that a more impactful design would be a treat for our existing fans and hopefully attract new ones,” Anne Pando, senior manager of the Miller family of brands at Molson Coors, recently told Ad Age.

Could other brews that have fallen out of favor reposition themselves to make a resurgence this year? Who knows; maybe in the not-too-distant future, we’ll all be sipping glasses of Miller Clear.