Burger King, which knows eager fans are busy trying its new Mac n' Cheetos item, made its own unboxing video.

For those unfamiliar with unboxing videos, here's a quick breakdown: People post YouTube videos showing recordings of themselves opening up new packages of everything from toys to the latest iPhones and sneakers. Yes, there are really people out there making millions of dollars opening boxes of stuff and recording their reactions.

To get in on the fun with its new product launch, Burger King enlisted Chester Cheetah to show off the Mac n' Cheetos, which the restaurant describes as a handheld take on macaroni and cheese, ideal for on-the-go snackers. The product essentially takes macaroni and cheese, covers it in a special Cheetos coating, and fries it into 310 calories of American food innovation glory meant for handheld eating. 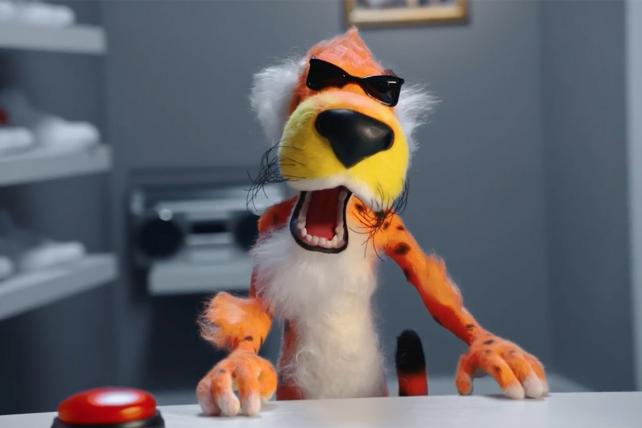 In Burger King's unboxing video, Chester Cheetah breaks down details of the concept, even describing "some sort of flappy thing" on the box. Chester Cheetah does not even appear to pretend to eat the product in the video, yet gives it two thumbs up.

Early reviews of the product, which made its national limited-time debut Monday, are mixed. While many fast-food fans are largely positive, Al Roker pretty much panned it.

It is way too soon to say whether Burger King can copy the success Taco Bell has had with Doritos Locos tacos since 2012. They do share a common thread: PepsiCo Inc.'s Frito-Lay division makes both Cheetos and Doritos.

"No one understands snacking better than Cheetos, and our expertise at Burger King restaurants is serving guests on the go, so it just made sense that we come together to reinvent this favorite food like it's never been done before," Alex Macedo, Burger King's North American president, said in a statement.

In any case, Chester Cheetah is a busy cat these days. Along with the Mac n' Cheetos work, he is also apparently helping to curate the Cheetos Museum, an online look at the odd shapes people see in Cheetos. Thanks, Internet.

Code and Theory is the creative agency on the YouTube video, with Brehm Lab on production and Horizon Media on media.