Watch the Spot: Celebrities, Including Will Arnett, Tout Retailer's Benefits
READ THIS NEXT
Metrics marketers love most are usually the wrong ones, ANA study finds

For Best Buy, this holiday season will be all about showrooming.

The practice -- where consumers visit a store to check out an item in person and then buy it online from another retailer, often at a lower price -- has become a major concern for bricks-and-mortar retailers. In early 2012, Target famously sent a letter to vendors asking for help to thwart showrooming. Yet, less than two years later, Best Buy is using showrooming as a rallying cry. 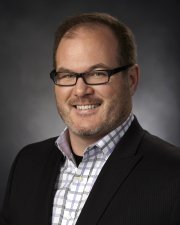 "What a difference a year makes. … The press couldn't have been more negative about what was going to happen to Best Buy this time last year," said Scott Moore, senior VP-marketing. "At the root of it there was a theme around how showrooming would be the final straw, the thing that just knocked us out."

Best Buy did endure a rough fourth quarter of 2012, ultimately reporting a $1.7 billion loss for the period, compared to net income of $651 million the year prior. But Best Buy is now showing improvement, with the retailer recently reporting its first quarterly profit in a year. Earnings rose to $266 million in second quarter while sales slipped 0.4%.

Best Buy executives thought long and hard about showrooming, meanwhile, as the new holiday season approached, Mr. Moore explained. "The thing about showrooming is it's not the ideal experience to do research at home, go to the store, do more research, then hit pause, go home and order and hope it arrives on time," he said. "There's a better way."

The brand plans to show consumers just that with its new campaign, "Your Ultimate Holiday Showroom." Eleven spots highlight the experience consumers get at Best Buy -- online and in-store -- while touting things like its "low price guarantee" and the ability to order online and pick up in store. A group of celebrities, including Will Arnett, Maya Rudolph, LL Cool J and Jason Schwartzman bring "wit" to the campaign, Mr. Moore said. Crispin Porter & Bogusky handles creative for Best Buy, while Starcom MediaVest handles media planning and buying.

Mr. Moore declined to disclose the investment in the holiday campaign, though he noted digital spending would be up by double digits. Best Buy spent $129 million on measured media during the fourth quarter of last year, according to Kantar Media.

Best Buy plans to "launch early and often" this holiday season, with the first TV ad airing this past Sunday night. In prior years, the retailer has toyed with varied launch times, ranging from early to late November. This year, starting in late October "seemed to be the right competitive thing to do," Mr. Moore said.

Indeed, most retailers are expected to begin holiday campaigns in late October and early November this year. The electronics category is also fiercely competitive this time of year, with players like Amazon, Walmart and Target all looking to compete with Best Buy. This year, even Kohl's plans to add TVs to its offerings, in a bid to attract shoppers.

"For many years, lots of people have been adding electronics to the mix to attract customers to their core proposition," Mr. Moore said. "This is our core proposition, and it's our job to convince people this is the place to come, with a tremendous assortment, informed and well-trained sales associates and our low price guarantee."