Uwe Ellinghaus says he's not surprised by the strong response to the spot, which first aired during last month's Winter Olympics and again during the Oscars broadcast on Sunday. Critics say it celebrates a workaholic, materialistic culture; supporters call it a nod to American capitalism.

Mr. Ellinghaus, who took over as Cadillac's global chief marketing officer in January -- after the commercial already was in the works -- said early research suggested "we would break through the clutter and generate a hell of a lot of buzz. Mission accomplished." 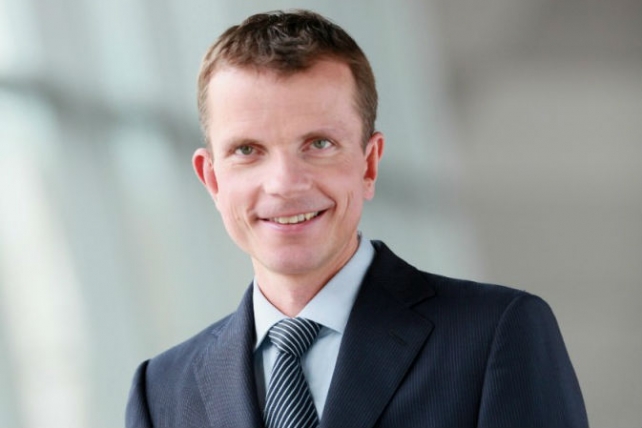 Yet Mr. Ellinghaus had been a little concerned that the 60-second spot, created by Cadillac's advertising agency, Rogue, could come off as "snobby, arrogant, a little aloof," he said during an interview on the sidelines of the auto show here.

So the new CMO tweaked the only thing he could at that late stage: He substituted the freshly launched plug-in hybrid ELR as the car appearing at the end of the commercial. He wouldn't say what vehicle it replaced. (Can you imagine the critics' howls if actor Neal McDonough had hopped into a blinged-out Escalade?)

The change made the commercial "a little more socially palatable," says Mr. Ellinghaus, a German and former BMW marketing executive.

He likes the spot because it's uniquely American, an identity that Mr. Ellinghaus believes Cadillac needs to embrace to stand out from its German luxury rivals.

But those looking for clues to the future direction of Cadillac's advertising should look past "Poolside." Mr. Ellinghaus says to stay tuned for creative work that will resonate both in America and the places where Cadillac aspires to grow, such as China and, longer-term, Europe.

"I am behind it," he said of the commercial. "But this is something that I'd never, ever use to build the brand globally."