READ THIS NEXT
Burger King’s Fer Machado is obsessed with Bill Bernbach, and … White Castle for Valentine’s Day?: Trending

Campbell Soup is upping its digital game with the hire of a VP to run a nascent digital team within its U.S. retail marketing organization with the aim of expanding its digital efforts throughout the company. 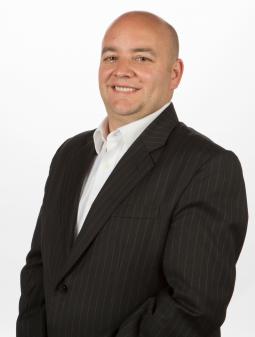 Campbell is trying to move "from digital mass to digital personalization," said Shewchuk, noting that when joined Campbell in early 2016, the company was more focused on a traditional approach to digital marketing.

Campbell began establishing the digital acceleration group about seven months ago, a shift away from "digital evangelism, or somebody going 'We need to do this' to 'how do you do this' and to a digital operator, somebody who drives digital to create demand," said Shewchuk.

Pritchard, who plans to tackle everything from Campbell's online search capabilities to offers and messages people see in stores, said he admires the digital work at retailers Walgreens and CVS, which he characterized as doing "a superb job" including some very good geolocation trials. He also called out Coca-Cola's engagement and said he is looking forward to being able to have more two-way conversations with people, something that was a bit limited when he was in the healthcare space due to regulations.

For now, Pritchard will lead a small team of three or four people focused on the U.S. business. But Campbell is already planning for the unit to grow and serve the entire company, adding staff around data and analytics, SEO, content, technology and an audience focus, Shewchuk said.

Campbell has been working on its digital efforts with The Abundancy, an agency that was sold to Leo Burnett and that Shewchuk knew from his days at Mead Johnson, and with Rain. It will work with others in various areas. "You need bespoke expertise," Shewchuk said.

Campbell has seen some success tying its broader campaigns together with digital efforts. The "Everyman " campaign for Chunky soup that began in the summer of 2016 included TV spots, digital and in-store elements. "The Chunky business is up 10% year-to-date," Shewchuk said, adding that the return on investment was very strong.

"He is a seasoned executive who can help shepherd the entire organization around a broad and really transformative digital vision, and he has all the required skills at a full level up from a director to be able to do that," Shewchuk said of Pritchard.