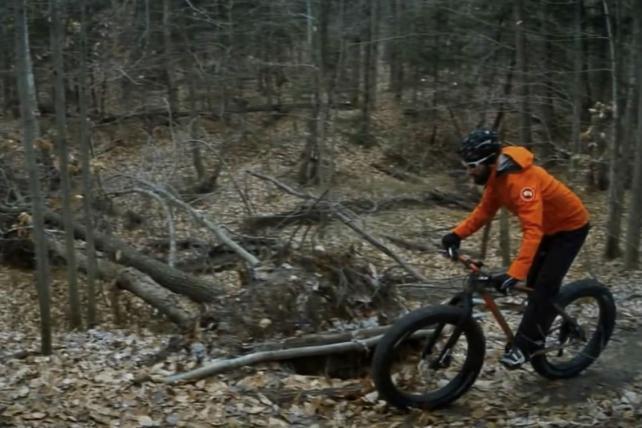 Winter is finally in the rearview, and Canada Goose wants to remind shoppers that it makes more than just high-end, patch-emblazoned parkas. This week, the popular Toronto-based outerwear brand is releasing the second phase of its "Out There" marketing campaign to highlight its spring merchandise.

"It's a spring product campaign," said Kevin Spreekmeester, chief marketing officer of the 59-year-old retailer. "A lot of people, particularly in places like New York, really only know us for our heavier parkas and our insulated, down-filled jackets. What they don't know is we've got some really fantastic product that works in shoulder seasons and other climates."

The brand plans to market the film, which links together a series of Mr. Zahab's photographs, through social media channels. The new effort is the second phase of Canada Goose's first global push, which debuted in the fall. At the time, the company, which has sales near $300 million according to reports, showed a four-minute adventure film directed by Paul Haggis. Mr. Spreekmeester noted that the fall campaign resulted in a 500% uptick in Canada Goose searches, as well as over 62 million out-of-home impressions and 30 million views of the video. Though he declined to provide specifics on spending, he said that the brand has increased its spend over last year when it focused on in-store retail executions.

"This is more of a brand play," he said. "We want to invest in the category but it's a much more coordinated campaign."

After explosive growth in recent years, Canada Goose, which introduced its U.S. ecommerce site last year, is battling more competition. Athletic-inspired fashion, or athleisure, is still popular with consumers, though many shoppers are gravitating toward players like Nike, Under Armour and new entrants like Tory Sport, the new athletic line from designer Tory Burch.