At Century 21, Social Media Is the New TV

NEW YORK (AdAge.com) -- Since pulling all its national TV spending in January, Century 21 Real Estate has been making digital the focus of its marketing efforts in a bid to make lead generation more efficient. This week, the company is venturing into the next phase of its digital transition via online radio, social networking and Twitter. 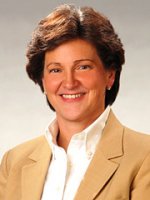 For the past month, the company has been using a new online radio show, a co-production with BlogTalkRadio called "C21 Talk Radio," to brand the conversation around the housing market. Senior VP-Marketing Beverly Thorne said consumers are made aware that Century 21 is the brand behind the show. However, the program is built around an unbranded online forum section, designed for prospective buyers to have an open discussion, with no personal identification or follow-up phone calls from Century 21 brokers.

"This is very much Century 21 beginning the conversation, and a great forum for a radio talk show, with great queries and a very open conversation for that to be a two-way dialogue," Ms. Thorne said.

That dialogue will reach an even higher corporate level tomorrow, when Century 21 President-CEO Tom Kunz will take questions live from 6 p.m. to 7 p.m. EST.

Opening up the show to consumers was essential to preventing it from coming off as a self-serving take on the housing market, Ms. Thorne said. "It is not Century 21 talking outwardly in a single direction. It's a bi-directional conversation with a lot of consumer-generated questions." The only potential restriction is use of inappropriate language on the show's online forum. Otherwise, "we will not usurp a consumer's expression," Ms. Thorne said.

Alan Levy, president and co-founder of BlogTalkRadio, said more brands are tapping into social-media platforms such as online radio because of their ability to create a long-form dialogue. "We're able to aggregate scale to these conversations. Here you can actually have a conversation that's more than 140 characters," he said. Of course, Century 21 isn't turning a blind eye to Twitter, Facebook and YouTube, all of which are part of the company's new C21 Communities social-media platform. Century 21 is hosting its first Tweetup today, in San Francisco, under the Twitter tag @c21sftu.

Beyond banner ads
Ms. Thorne was searching for something that had legs in the digital space beyond banner ads when she had the idea of doing the online radio show, which represents a "fairly small percentage" of the company's overall 2009 marketing spending, according to a spokesperson.

The web has increasingly delivered the most efficient leads for Century 21 in recent years, she said. The company slashed its measured national TV spending to $12.4 million in 2008 from $39.2 million in 2007, according to TNS Media Intelligence. And although Century 21 is increasing its online marketing investment, it anticipates an overall decrease in year-over-year marketing spending, with a shift of more than $12 million out of national TV this year. 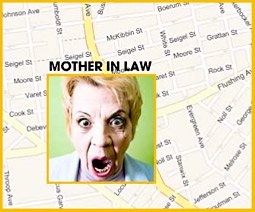 Century 21's online 'Mother-in-Law' campaign logged more than 32 million impressions in two and a half months.

Despite a collapsed general housing market, the company finished 2008 with a 200% increase in lead generation and is continuing on a "very positive trajectory" for 2009 thus far, maintaining triple-digit growth among new customers without the reach of broadcast or cable, Ms. Thorne said. "TV is a diffused medium, and while it reaches a lot of folks, it's not people necessarily involved in buying or selling real estate."

Perhaps Century 21's most successful recent foray into the digital realm is "Mother-in-Law," an online campaign that ran in the fall, with creative handled by McGarryBowen. The humorous banner ads featured an interactive map of available properties based on proximity (or lack thereof) to family members. The two-and-a-half-month campaign logged more than 32 million impressions, with a click-through conversion rate of 2.73%. "Hopefully most consumers are not striving to live away from their mother-in-law, but if they want to live within the interstate, they can see graphically what available properties are within a five-mile radius," Ms. Thorne said.