Chase Makes You Laugh and Cry in First Campaign From Droga5 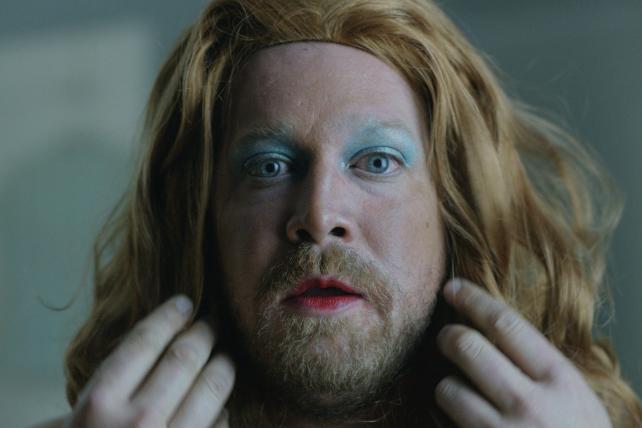 A dad goes to the extreme for his daughter in Chase's new campaign.
Credit: Chase

Dads can be heroes in many ways -- and, according to JP Morgan Chase & Co., that could mean putting on makeup and a wig and donning a tutu to play the fairy princess at a birthday party or planning financially for a child's college education. A new campaign from the New York-based bank features moments throughout life like these, where customers might need financial advice.

Debuting April 4, the push is the first work from New York-based Droga5, which won the Chase account last summer. Starting with the edgier "Fairy Dadmother," the "Mastery 2.0" campaign includes four spots in total. In one spot, a retirement-age couple walks a pet pig on a leash, blissfully ignorant of the stares they receive. Another commercial depicts a mother and her teenage son as she gets ready for a date. The commercials will be rotated on TV throughout the year.

"Millions of customers know us for our terrific everyday banking in our branches, but we want to build awareness around our investing and planning capabilities," explained Donna Vieira, chief marketing officer of Chase Consumer Banking. "We showcase moments in our customers' lives that facilitate a planning conversation."

The new campaign continues the "Mastery" message that was introduced last spring by McGarryBowen. Those spots focused on Chase's service and digital access and featured celebrities such as Serena Williams and the Rockettes. Ms. Vieira noted that the new work is purposely compelling and meant to evoke both humor and emotion.

"We wanted to showcase the advice and services the brand provides people at these moments, in a way that is reflective of real people and real lives," said Droga5 Global and New York CEO Sarah Thompson in a statement. The agency's group creative director, Don Shelford, said that the new campaign allowed Droga5 to "stretch the emotional territories of the Chase brand."

Chase plans to amplify the effort with a robust digital and social push. An extended supplement to "Fairy Dadmother" that shows young girls planning their careers will also air online. The new work is still under the bank's "So You Can" tagline, which was developed in 2013. In the latter part of this year, Chase plans to debut additional work that will again focus on the bank's services and technology.

"Regardless of specific advertising, the brand promise is about empowering lives," said Ms. Vieira.

She declined to say how much Chase is spending on the new campaign. Last year, the bank spent $304.7 million on measured media in the U.S., a 12% decline from 2014, according to Kantar Media.