Warning: This Story May Make You Hungry -- But Also Nauseous | Ad Age
Skip to main content
Sign In Register

Warning: This Story May Make You Hungry -- But Also Nauseous

When a restaurant is named The Cheesecake Factory it's no surprise that many of its dishes are the opposite of light, healthy meals. And at Texas Roadhouse, a loaded sweet potato is clearly not the side dish worthy of a physician's recommendation.

Those chains and others are called out in the Center for Science in the Public Interest's Xtreme Eating Awards, unveiled each summer as the group tries to get Americans to realize the amount of calories, cholesterol, saturated fat, sugar and sodium they're consuming when they dine out.

CSPI has included Cheesecake Factory on its list every year since it began in 2007. 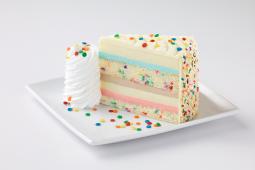 "With more than 250 menu items, The Cheesecake Factory has always been about choices. Many of our guests come in and want to celebrate and not be concerned with calories," Alethea Rowe, senior director of PR at The Cheesecake Factory, said in a statement, adding that patrons sharing dishes is a "great sign that our portions are generous." Cheesecake also has its SkinnyLicious lineup of dishes that are 590 calories or less.

But shareholders haven't been celebrating. The chain's streak of 29 consecutive quarters of comparable sales growth is set to end when second quarter results are released Aug. 2. Cheesecake Factory warned in June that its comparable sales were likely to be down about 1% in the quarter.

Texas Roadhouse's 770-calorie sweet potato side was given the "most damage from a supporting vegetable award" by CSPI, which said it normally aporoves of sweet potatoes, but not when they're sweetened further with mini marshmallows and caramel sauce.

Buffalo Wild Wings' Cheese Curd Bacon Burger and a side of fries landed CSPI's Worst Cheese in a Leading Role award. It said the meal has 1,950 calories, 53 grams of saturated fat and 4,700 milligrams of sodium. And IHOP's Cheeseburger Omelette made the list -- CSPI said the dish, along with three buttermilk pancakes, butter, and syrup, contains 1,990 calories, 45 grams of saturated fat, 4,580 mg of sodium and an estimated 44 grams of added sugar.

"These meals are extreme, but even the typical dishes served at restaurants are a threat to Americans' health because they increase the risk of obesity, diabetes, heart disease, and more," CSPI Senior Nutritionist Lindsay Moyer said in a statement.

General nutrition guidelines advocate for people who consume 2,000 calories per day to take in at most 2,300 milligrams of sodium, 20 grams of saturated fat and 50 grams of added sugar.

IHOP, which shares nutritional information on its website, said that while it applauds CSPI's "efforts to educate Americans on making healthier food choices, it's misleading to single out the highest meal combinations without informing people of the wide range of choices offered at IHOP restaurants, including the ability to customize any item to meet a variety of dietary needs."

A number of restaurants have started to include calorie counts on menus, which was set to be a requirement for chain restaurants this year until the FDA delayed its rollout.

CSPI also named Domino's to this year's naughty list, saying pizza chains and others have been pushing the government to delay and modify how calorie counts will have to be displayed.

Other items in the Xtreme Eating awards include: