He is behind long-running ‘Real People, Not Actors’ campaign
READ THIS NEXT
Free Budweisers for the vaccinated, and ‘Vax Tee’ from Miller Lite: Trending 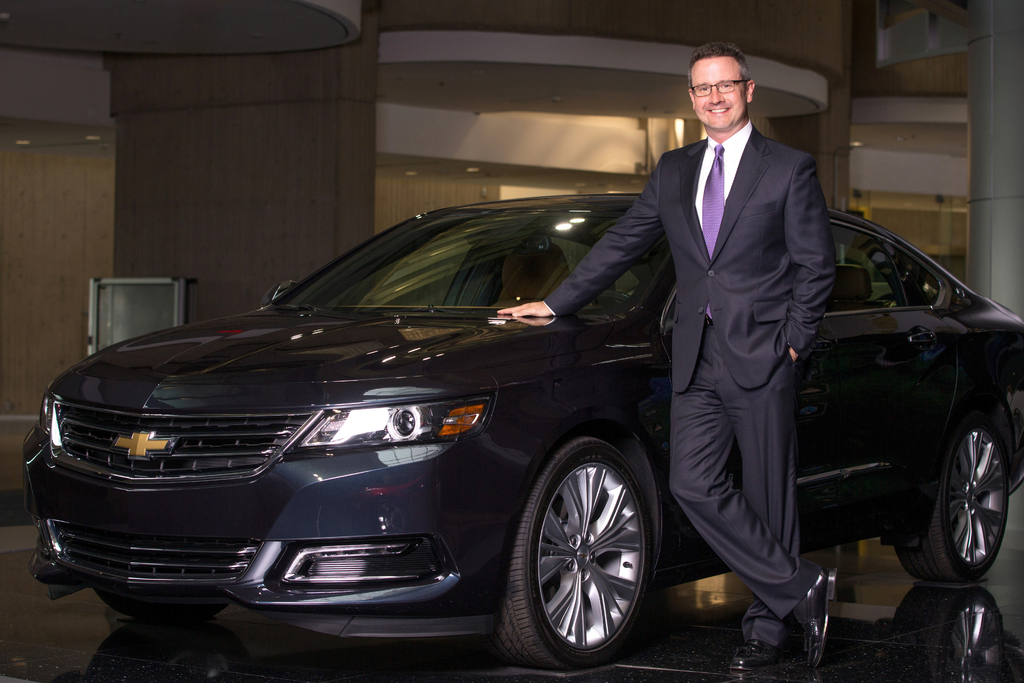 Paul Edwards, the Chevrolet marketing chief behind the long-running "Real People, Not Actors" campaign and who turned "technology and stuff" into an impromptu tag line, has left General Motors. Steve Majoros, who has been guiding the 2020 Corvette launch, will succeed Edwards as the brand's U.S. VP of marketing.

Edwards, 51, left the automaker on Thursday to pursue other opportunities, a Chevy spokeswoman said. He had been with GM for more than three decades, in various sales and marketing roles at Chevy and as GM's executive director of global marketing.

GM has not yet named a replacement for Majoros, Chevy's director of cars and crossovers marketing.

Majoros, 54, joined GM in 2013 as director of Global Cadillac after working in automotive advertising and marketing at the Campbell Ewald agency. He has played an instrumental role in the ongoing launch of the midengine Corvette and in direct-to-consumer marketing for the Bolt EV.

With Corvette, Majoros and his team have a “laser-like” focus on customer experience, he told Automotive News on the sidelines of the Chicago Auto Show Thursday. “If you can anticipate customer needs and expectations and deliver on those, the world's an easier place and it's a better place. That's good for us. It's good for dealers and good for customers. If we can take that approach and cascade it across all of our models, which we're starting to do, I think that's a positive thing.”

Edwards took charge of Chevy's marketing strategy in 2014. In April 2015, Chevy began the "Real People" campaign, which depicts groups of consumers reacting to the vehicles being shown to them. Interpublic-owned Commonwealth/McCann is Chevy’s lead creative agency.

The value of a long-running ad with a unified voice, Edwards told Automotive News in 2017, is that "people are familiar with the tenets of the campaign. They've become more familiar with the ingredients such as this whole idea of doing experiments with real people. Ultimately, they become more familiar with the brand. As we continue with the advertising under the campaign umbrella, the ability to break through and drive opinion, which is ultimately our goal, increases. If we were to change the structure of the communications every month, as an example, we'd basically be starting from square one."

Edwards also led Lego Movie integrations and experiential marketing, such as neurological monitoring to help tailor Silverado messaging. In 2014, Edwards leveraged GM's botched presentation of a Chevrolet Colorado to the World Series' most valuable player into a successful, short-lived campaign promoting the pickup's "technology and stuff."

Majoros aims to continue the successful campaigns the Chevy marketing team has started. “When we've been on such a successful five-year run, to just come in and say 'We're going to blow everything up' would be irresponsible. We've done too many good things here,” he said.

“We're going to stay close to what we need to deliver. But the time for right now is to be humble and appreciative of the opportunity before me and continue to do the great things that we've been doing, and then in time, we'll see where we go.”

Hannah Lutz is a reporter for Automotive News. Jack Walsworth contributed to this report.