Spots Will Debut Soon In Advance of Revamped Volt Rollout
READ THIS NEXT
Trending: Reebok’s plant-based shoe and Sizzler’s flame-out 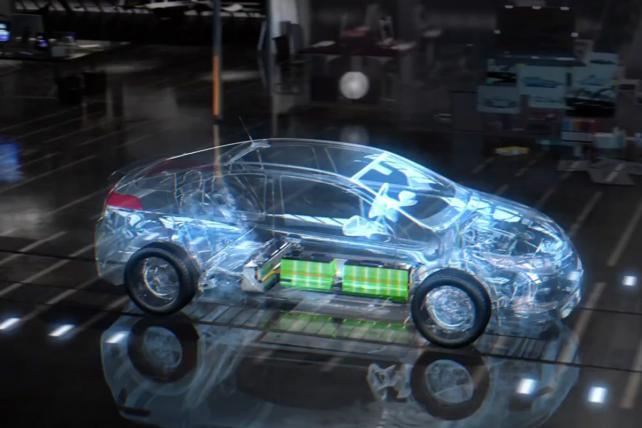 Chevrolet: The 2016 Volt- The Car of Tomorrow in Disney's Tomorrowland
Credit:

The revamped Chevrolet Volt won't be available nationally until late next spring, but a series of attack ads targeting the Nissan Leaf and Toyota Prius will debut this fall on the Internet and later on TV.

At the press launch of the 2016 Volt in San Francisco this week, Chevrolet officials are showing the ads to auto writers and explaining the unusual rollout of the new Volt, which has been rebuilt from the wheels up.

Chevrolet began shipping the second generation of the Volt plug-in hybrid Tuesday to dealers in California and 10 other states. Those will be marketed as 2016 models in a shortened model year. In early 2016, Chevrolet will launch the 2017 Volt nationally, said spokesman Randy Fox.

But starting later this fall, two long-form ads will debut on the Internet. The first one, a shot at the battery electric Nissan Leaf, aims to show how the Volt eliminates range anxiety -- the fear of running out of battery power. The second ad compares the nickel metal hydride battery technology in the top-selling Toyota Prius to that of late 1990s consumer electronics. The Volt uses more advanced lithium ion batteries.

The ads will have a familiar look and feel. They continue the focus group setting featuring consumers -- not actors -- that Chevrolet showcased earlier this year when it touted high strength steel against aluminum in a bid to put a few dings in Ford's new lightweight F-150.

The Leaf ad traps the focus group between floors in dead elevators, leaving them stranded there to emphasize the frustration of being stuck, a major concern for drivers of battery powered cars such as the Leaf. The Prius attack ads points out the car's engineering is yester-tech.

The Internet ads will be cut down and broadcast on TV, Mahoney said. Volt ads will stress three things: The car's 53-mile all-electric range, its technology and a combined gasoline and electric driving range of more than 400 miles. Most drivers, Mr. Mahoney said, will go between 1,000 and 1,500 miles between tanks of gasoline.

Mr. Mahoney said a large number of unsold 2015 Volts did not change the company's launch strategy for the car. He said the states that will get the 2016 model are where the car sells strongest.

No incentives are planned at launch. Mahoney said the 2016 model still qualifies for a $7,500 federal incentive as well as incentives in other states.

Richard Truett is a reporter for Automotive News

Richard Truett
View all articles by this author