'We Took Our Five Days ... It's Run Its Course'
READ THIS NEXT
A regularly updated blog tracking brands' responses to racial injustice 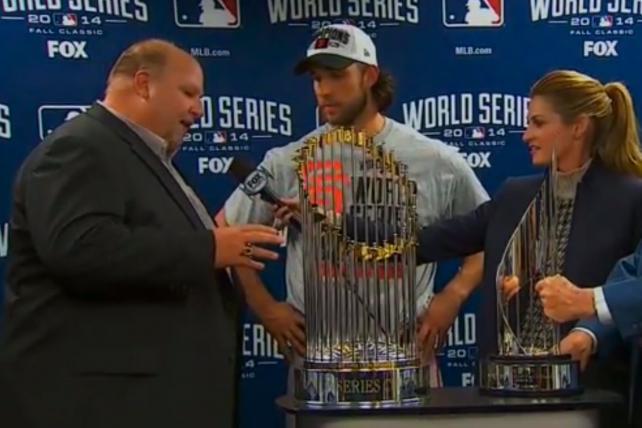 The presentation that launched a thousand tweets.
Credit:

Chevrolet sent #ChevyGuy and his #TechnologyAndStuff pitch to the showers last week -- but not before recording about $5 million in free media exposure.

That's the sum value of the publicity bump that Chevy estimates it received from the viral response in the days following its semi-botched Colorado pickup giveaway to World Series MVP Madison Bumgarner.

"The guys made lemonade out of a lemon," Alan Batey, global head of Chevrolet, said in an interview Thursday.

In the hours after Chevy regional zone manager Rikk Wilde stumbled through his 58-second handing over of the keys, uttering his now famous "technology and stuff" description of the 2015 Colorado, a few heads-up Chevy marketers seized the moment.

Jamie Barbour, the Chevy manager monitoring the social media buzz during the game and post-game ceremony that night, joined the fray at 1:29 a.m. with a tweet from the ChevyTrucks Twitter account embracing the "technology and stuff" phrase.

"Truck yeah the 2015 #ChevyColorado has awesome #TechnologyAndStuff!" her tweet said.

Joining the conversation worked because it showed that Chevy didn't take itself too seriously, said Chevrolet U.S. marketing chief Paul Edwards. And "it was a product truth."

"The truck does have great technology and stuff," he said. "Let's use this conversation to tell you about it."

The next day, Mr. Edwards fired off predawn emails to his digital-marketing, social media and advertising teams, as well as Chevy's outside agencies. The team decided that Chevy would use three 30-second online videos that day -- 10 days earlier than planned -- and append #TechnologyAndStuff messages to their tag lines.

At a 7:30 a.m. meeting in his 29th floor office at General Motors' headquarters building, the team decided to modify one of the online spots for use on TV, changing the voiceover to include "and stuff" at the end.

They quickly scanned the prime-time TV opportunities and bought commercials during that night's broadcast of LeBron James' first game back with the Cleveland Cavaliers.

Mr. Edwards' team also decided to beat the late-night comedians to the punch, buying spots on Jimmy Fallon, Jimmy Kimmel, David Letterman and Seth Meyers' shows to run that night, as well as a slot for that weekend's "Saturday Night Live" airing.

"At this point, it's still eight in the morning, so we didn't know anything for sure," Mr. Edwards says. "But if I'm a writer on one of those shows, obviously this has a lot of potential."

Chevy followed with national full-page ads in USA Today and The New York Times, in the two daily papers in Detroit, and in dailies in San Francisco and Kansas City, the World Series markets.

Mr. Edwards said traffic to Chevy's Colorado site jumped sevenfold in the days following the Game 7 giveaway. The Colorado hogged 70% of the "social share of voice," or the percentage of conversations about trucks that people were having online.

Chevy's marketing save culminated with #TechnologyAndStuff emblazoned on the side of pre-race Colorados transporting NASCAR drivers around the track before last weekend's race at Texas Motors Speedway.

The improvised campaign has officially been retired, Mr. Edwards said Thursday. "We took our five days to leverage it and we certainly got the country's attention," he said. "I think it's run its course. We don't want to look like we're behind on the joke."

Mike Colias is a reporter for Automotive News. 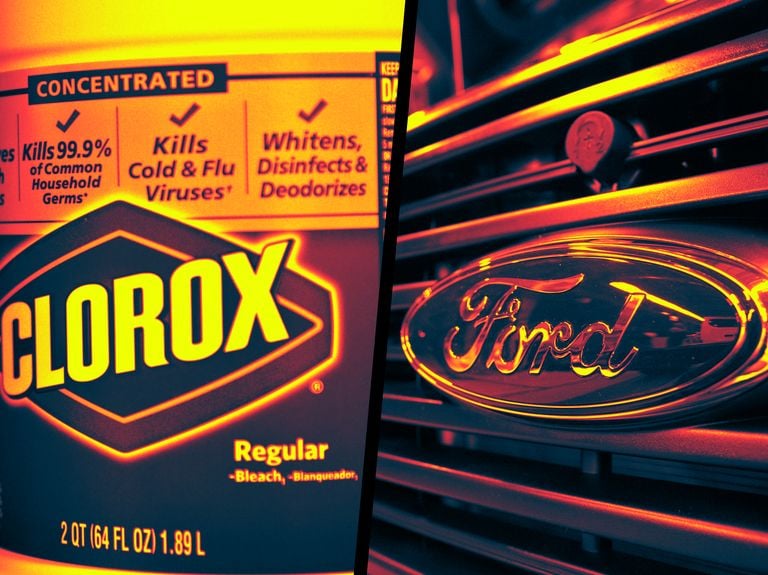