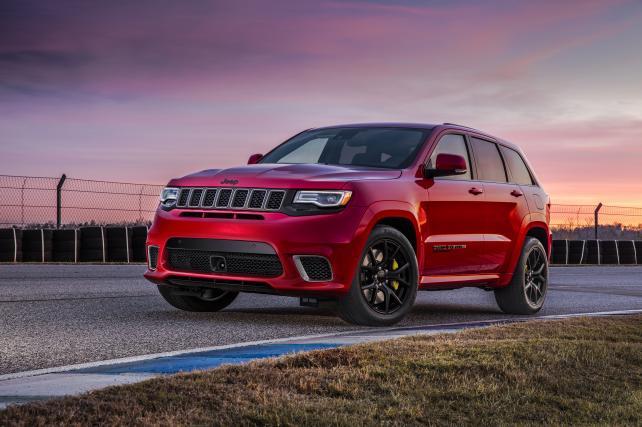 Chinese automaker Great Wall Motor Co. told Automotive News it is interested in buying the Jeep brand and has reached out to Fiat Chrysler Automobiles to see whether a deal can be negotiated.

The move would slice Jeep from the rest of FCA's brands, leaving question marks over the future of Fiat, Chrysler, Dodge and Ram. FCA already said it would consider splitting Alfa Romeo and Maserati into their own company.

Great Wall President Wang Fengying, listed by Fortune as the seventh most powerful woman in Asia, wrote in an email to Automotive News that Great Wall intends to buy Jeep and is "connecting with FCA" to begin negotiations.

FCA said on Monday in a statement that it had not been approached by Great Wall in connection with the Jeep brand or any other matter relating to its business.

It is not surprising Great Wall wants Jeep only. Analysts say Jeep is unquestionably the most valuable part of FCA's portfolio and theoretically worth more on its own than the automaker as a whole. Indeed, Jeep is the jewel in FCA's crown by virtue of its global brand reputation and a mystique that goes back to its birth during World War II. Jeep may be the only thing that keeps suitors interested in FCA. It's what has motivated deals going back to 1987, when Chrysler bought American Motors Corp., and General Motors has taken a look at a tie-up between the companies at least three times in the past decade.

And in April this year, FCA CEO Sergio Marchionne told analysts it's possible the company could spin Jeep off on its own.

Xu Hui, a spokesman for Great Wall, followed up on the note from Fengying in an interview and said the automaker has indirectly expressed interest in Jeep but has not yet made a formal offer or met with FCA's board.

"We are deeply interested in the Jeep brand and have paid close attention to it for a long time," Hui said. "Our strategic goal is to become the world's largest SUV maker. Acquiring Jeep, a global SUV brand, would enable us to achieve our goal sooner and better" than Great Wall could do with its own brands.

Great Wall set up an R&D facility in Detroit this year and is using it in part to learn more about the U.S. market, Hui said. It also operates an R&D center in Los Angeles, and this year it said it was reconsidering building a plant in Mexico because of concerns over threats by President Donald Trump to renegotiate the North American Free Trade Agreement. Building in the U.S., where Great Wall hopes to sell its Haval brand SUVs eventually, would hedge against trade concerns, the company said.

Although Great Wall generates much less annual revenue than FCA — $14.76 billion vs. $131 billion — Hui said the company is confident it could raise funds to make an acquisition occur.

The idea that Jeep might be available as a standalone brand could set off a global bidding war.

There is an argument that GM, which flatly rejected any suggestion of a merger with FCA in 2015, could want to add Jeep if it became available to replace the Hummer division that it gave up in 2010. Jeep could make a solid addition to Volkswagen's lineup, especially since it would give VW the bigger footprint it has been working toward in the U.S.

It might even open the door for a bid from a company such as Mahindra in India, an experienced maker of trucks and off-road vehicles that struggled and failed to enter the U.S. with a compact pickup.

Ultimately, a Chinese automaker could be the right next owner for Jeep. If Great Wall follows the same playbook Geely Auto used when investing in Swedish carmaker Volvo, and Indian conglomerate Tata Group used when purchasing Jaguar Land Rover, it could turn Jeep into one of the most powerful brands in the world. Geely and Tata both invested money into their new subsidiaries and gave management the freedom to reinvent the brands.

As a result, Volvo is more Swedish than it has been in recent history, launching sophisticatedly styled vehicles with technology that pushes the brand forward. And Jaguar and Land Rover are both more British than they were under Ford ownership, regaining their identities as traditional high-luxury brands.

Jeep doesn't need to be reinvented. Its brand is already strong, though it struggles with quality ratings. But spinning it out on its own could prove to be a massive, complex undertaking.

So how much is Jeep worth? The answer — thanks in no small part to franchise laws in North America, the brand's biggest market — is that it likely depends on who's doing the buying.

Jeep isn't a standalone brand, and its network of more than 2,400 U.S. dealerships — each with a franchise agreement protecting that dealer's right to sell Jeep-branded vehicles — means the brand's overall value is tainted to any potential purchaser with a franchise dealer network of its own that might think about stripping Jeep away from Chrysler, Dodge and Ram.

Last week, Morgan Stanley analyst Adam Jonas attempted to pin a hard value on the brand. He said Jeep, as it stands, is worth the equivalent of about $17.20 per share, and that FCA, including Jeep, was worth about $16.40 a share. At those estimates, Jonas put a value of $33.5 billion on Jeep compared with a value of $32 billion for all of FCA.

To its credit, FCA has done more since it acquired Jeep in 2009 to exploit and globalize the brand than all of its previous owners combined.

In 2008, Jeep sold about 500,000 vehicles worldwide, all of which were built in, and the vast majority sold in, North America. By 2016, thanks to an expanded product line and expanded global production into Latin America, Asia and Europe, Jeep's global sales were 1.41 million trucks. About a third of those sales were outside North America in places such as Brazil, India and China where FCA was ramping up or just beginning local production as it marched toward a goal of 2 million sales globally in 2018.

Though its U.S. sales have fallen each month since September, its global ramp-up continues. New factories and joint ventures in Brazil, India and China are producing the Renegade, Cherokee and the redesigned Compass for sale in new markets. In addition, the brand will expand its offerings upward in 2019 with new Wagoneer and Grand Wagoneer body-on-frame-based luxury SUVs.

On a call with analysts last month, Marchionne argued that Jeep still hasn't begun to touch the top of its true global potential.

Marchionne said the global SUV market could grow to between 33 million and 35 million vehicles annually, given current consumer trends.

"If there is one brand out there that has the right to claim the ability to have one out of five — 20 percent of that [global] market belong to it — it's Jeep," Marchionne told analysts.

If — and it's a big if — Marchionne's targets are achievable, that would mean Jeep would eventually sell more than 7 million vehicles globally, which could make a $33.5 billion price tag seem like a bargain one day.

Larry P. Vellequette
View all articles by this author