Chipotle Mexican Grill isn't walking away from its "food with integrity" roots, but it is going to have a new tagline this fall. After all, the brand says it wants to become "a purpose-driven lifestyle brand," CMO Chris Brandt declared on a late afternoon call Wednesday.

No word yet on what that tagline is, though it is "a perfect fit for the brand," Brandt said.

CEO Brian Niccol, Brandt and other Chipotle executives discussed a series of ideas on a nearly 90-minute conference call. Among them: a new loyalty program in 2019, timed deals, some new foods, and digital updates including the ability to place delivery orders through its mobile app.

Niccol foresees Chipotle growing to a brand with $10 billion in annual sales at some point in the future, a big stretch goal considering last year's total revenue was under $4.5 billion.

That said, Niccol didn't hold back discussing the company's past, checkered with a lack of focus and a string of health scares.

"There was a lack of discipline around priorities, process and accountability and we were not sufficiently results-focused, which made us reactive and hampered execution," the former Taco Bell CEO said about Chipotle, which he joined in March.

Niccol ticked off a variety of issues he found at Chipotle including "a general lack of customer understanding" and said, as he's mentioned before, "the brand had been silent and lost some of its cultural relevance."

Chipotle is also cutting two layers in its ranks and, as it said in May, is shutting down its Denver headquarters, moving people to its new headquarters in Newport Beach, California, and to an existing office in Columbus, Ohio.

In all, the overhaul will lead to $115 million to $135 million in charges, with $50 million to $60 million of those costs expected to hit in the second quarter, the company said Wednesday.

Of course, all these changes come about three years after Chipotle saw its reputation, sales and stock price tank after E.Coli outbreaks and other issues. Since then it has overhauled its food preparation techniques and brought in new leadership.

'A category of one'

Niccol and Brandt both said Chipotle is working on "foundational research" that will help inform its marketing and other plans.

"Our marketing dollars had been inefficiently allocated and we are working quickly to correct that," Niccol said.

Some ads that have started to run that Brandt worked on, but it's clear there's more change to come. 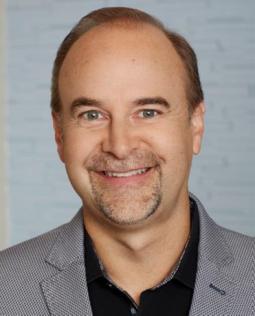 "There is such a unique emotional component to this brand stemming from its authenticity and transparency about food that we need to reinforce and reignite," Brandt said.

"Our ultimate marketing mission is to make Chipotle not just a food brand, but a purpose-driven lifestyle brand," Brandt said.

"What do I mean by that?" Brandt asked, rhetorically."Chipotle will become a brand that people want to know about, want to be a part of and want to wear as a badge. I genuinely believe that Chipotle can transcend the food category, separate itself from everyone else and be a category of one because there are no compromises with Chipotle. No one has such great tasting food that you feel good about eating like we do."

It has started to push for a more engaging approach on social media, including Instagram posts that are generating lots of views and responses.

Chipotle is working with its agency partners on innovative creative about its food and the ingredients it uses, Brandt said, without mentioning agencies by name. In early 2017, when Mark Crumpacker was still the company's chief marketing and development officer, Chipotle hired Venables Bell & Partners for creative and MullenLowe Mediahub for its media business.

As for potential changes to the menu, it is testing a few different things in New York. It definitely seems eager to increase visits for snacking, with test products including nachos and frozen Mexican chocolate milkshakes. Two other products in test mode right now are quesadillas (currently on the kids' menu but not in a larger size) and avocado tostadas.

The company is looking at Happy Hour, offering $2 tacos with a drink between 2 p.m. and 5 p.m. It's also exploring a similar offer meant to increase late-night sales, after 8 p.m., Niccol said.

Chipotle has also heard from customers who want it to bring items like chorizo back. Niccol also thinks the company can do a better job celebrating items already in the restaurants, pointing out that many people don't know about sofritas, the organic tofu it has had for a few years.