Automaker Runs Custom Commercials Co-Promoting Five Interscope Artists
READ THIS NEXT
Coke picks new marketing leader for North America
The Match Game: How the Stars Aligned With Chrysler Brands
How did Chrysler decide which star fit best with which auto brand? Marissa Hunter, director-global brand advertising and head of Ram Truck brand advertising, laid it out like this.

Eminem and the Dodge Charger SRT Hellcat: "Guts Over Fear" is a song about being strong and overcoming adversity, so the automaker felt it would be a smart association to link it with its high performance, high-attraction vehicle. 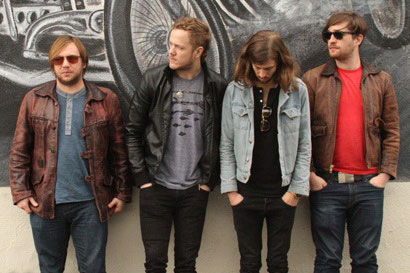 Imagine Dragons and Jeep Wranger Rubicon: "I Bet My Life" has a "nice storyline that has to do with adventure and taking risks, and that is what the Jeep brand stands for," she said.

Fergie and Chrysler 200: The logic was that the Black Eyed Peas singer is young, energetic and stylish, which the automaker felt aligned with the brand's image. 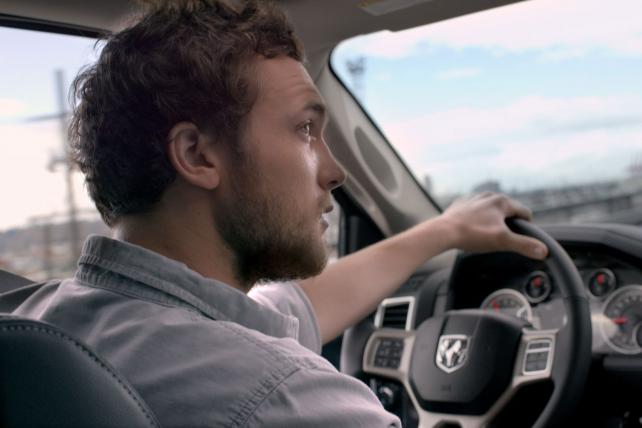 Phillip Phillips and Ram 1500: The "American Idol" winner's "strong familarity with the American heartland," Ms. Hunter said, made it a natural fit with Ram, which appeals to that demographic. 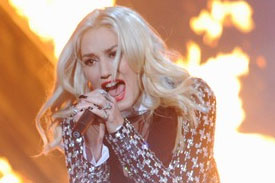 Gwen Stefani and Fiat 500L: The idea is that the brand's personality, like that of the performer, is "fun young and fashionable," and her Italian heritage made "a perfect match," Ms. Hunter said.

If there's one thing Chrysler Group and its Chief Marketing Officer, Olivier Francois, are known for, it's big marketing moves. That's just what the company was again aiming for during Sunday night's "American Music Awards," when it linked five of its auto brands to A-List recording artists in spots that co-promoted both the vehicles and Interscope singles.

Chrysler not only ran in the broadcast four 30-second videos custom-made for the awards show, but managed to get one of its vehicles -- a 1965 Chrysler 300 low-rider -- onstage during Fergie's performance of "L.A. Love." It capped everything off with a 60-second spot in which Interscope thanked the automaker for the collaboration.

The ads, with the theme "Let's Keep Driving Music," were cut from music videos with vehicles in cameo roles. Fergie was paired with the Chrysler 200; Eminem's "Guts Over Fear" was allied with the Dodge Charger SRT Hellcat; Jeep's Wrangler Rubicon was coupled with Imagine Dragons' "I Bet My Life," and Phillip Phillips' "Unpack Your Heart" was matched with the Dodge Ram 1500.

The 60-second spot was an amalgam of some of artists with a dash of Gwen Stefani's "Spark the Fire" and the Fiat 500L mixed in, and "signed" by Interscope. The message to Chrysler: "You drive the world and let our artists sit shotgun."

Mr. Francois in an interview characterized the push as a "one-off" for the broadcast.

"We secured the time in the AMAs, and normally you run a campaign that you already have on a shelf," he said. "But we saw there was something more interesting to do. The AMAs are all about pop culture and I'm not sure all our marketing is relevant to [the show's specific] audience. It might be 80% relevant or 99% relevant, but it's about what you can do to be 100% relevant."

"The object is to make the most of our media money," he added. "If you do not have the right commerical for the audience there is no connection. What we try to do is align with our audience."

To do so, the automaker began talking to Interscope about the notion of tying artists to its brands. "We offered assistance to include cars for organic and tasteful placement in their videos for singles, then use our airtime to co-market that single featuring each of them and the car," said Mr. Francois, who is a former music producer.

"We've had an incredible relationship with Olivier and Chrysler Group over the years," said Steve Berman, Interscope Geffen A&M vice chairman, in a statement. "Being able to partner with them on five diverse artists and create the kind of impact we saw around a platform like the AMAs is what we live for at Interscope."

Chrysler said the ultimate creative control over the videos was held by Interscope and its artists, but Doner assisted in editing and finalizing the 30-second cuts. The shop did not have a hand in the Interscope video, which was created by the label.

The automaker, which has in the past featured artists such as Pitbull, Miranda Lambert, Jennifer Lopez and Bob Dylan in its marketing, is singing a happy tune these days. In the third quarter, Chrysler Group showed a 1.1% market share gain, with sales up 45% for Jeep and 25% for Ram in first nine months of the year.

"What excites us, what is really our main driver," said Mr. Francois, is "to be unique and bold and gutsy."

McDonald’s gives away meals for life via McGold Card

Holiday TV season heats up and Petco reports earnings: The Week Ahead