The Wonderful Company, which owns Fiji Water and POM Wonderful pomegranate juice, produced a five-episode animated series to reach children and families on YouTube
READ THIS NEXT
Beyond Meat jumps on expanded ties with McDonald’s, Yum Brands 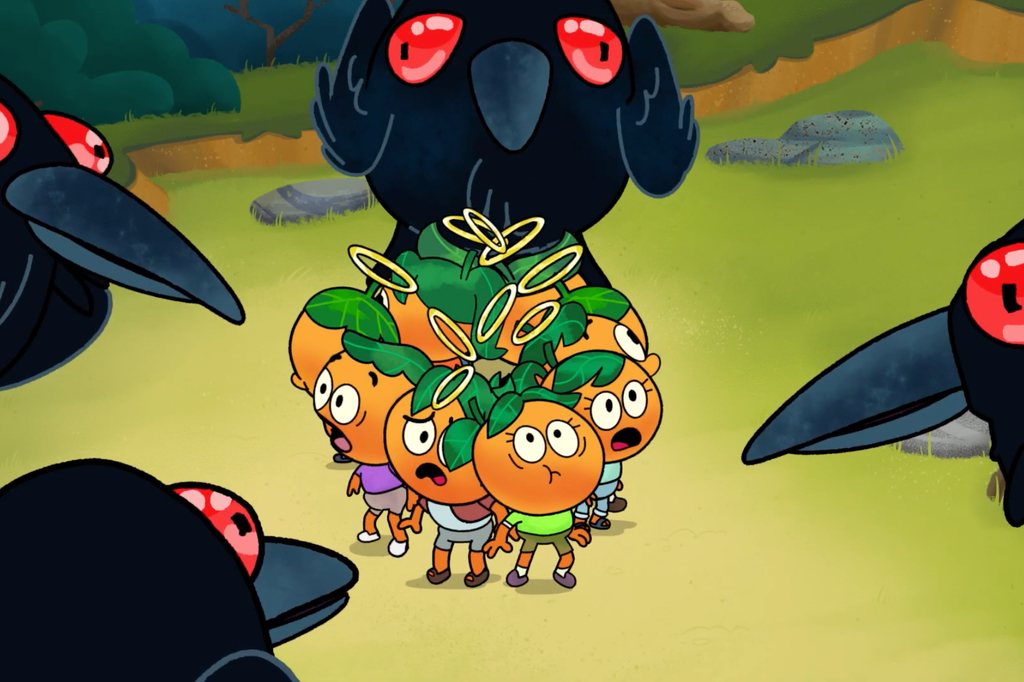 The company is looking to juice up its mandarins brand, Wonderful Halos, with the launch of a five-episode animated series, “Camp Halohead,” featuring two of YouTube’s biggest child stars.

Wonderful, which also owns Fiji Water and POM Wonderful pomegranate juice, worked with the influencer marketing firm Pocket.watch to bring in eight-year-old Ryan of the YouTube channel “Ryan’s World” and Evan, 13, of “EvanTubeHD” fame for its “Camp Halohead” series. The two streamers have racked up billions in views on YouTube and have a combined 29 million subscribers on the platform.

The animated series is part of the company’s multimillion dollar “Good Choice, Kid” campaign for its Halos brand. Wonderful is promoting the series on YouTube, its own social media channels and through influencer partners including its stars. The company is also putting “Camp Halohead” stickers on its fruits.

"Wonderful Halos is a brand focused on making families healthier,“ says Adam Cooper, SVP of marketing at The Wonderful Company. “Where are families spending their time with entertainment and different types of content? Certainly YouTube.”

“Camp Halohead” features a group of campers with mandarin oranges for heads who are put in various situations where they need to make good choices. The goal of the mandarins is to “make it to the good place (inside a child's belly).”

The series is the first production by Wonderful Pictures, a branded content division within the Wonderful holding company. The company worked with Six Point Harness, a Los Angeles, California, animation studio, to create the series. For its launch party, Wonderful invited celebrity and influencer guests to gather at the Cayton Children’s Museum in Santa Monica, California. Ashlee Simpson, James Van Der Beek, Shiri Appleby and Jordana Brewster were in attendance.

Wonderful isn’t the first food company to turn to an animated web series in order reach a youthful audience. Last year, Kraft Foods made “The Jell-O Wobz” with DreamWorksTV, a six-episode series currently streaming on Amazon Prime Video that features Jell-O characters wandering through a fantastical kitchen world. As with “Camp Halohead,” the show’s protagonists also happen to be the product the company hopes children will eat.

Wonderful has spent tens of millions on awareness campaigns for its Halos brand over the last decade. Its $30 million “Good Choice, Kid” campaign in 2016 featured children in various precarious situations making smart decisions, a nod to its message that eating a mandarin orange for a snack is a “good choice.”

U.S. mandarins are typically marketed between November to April when the country’s main varieties are in season. Wonderful’s competitor in the mandarin space, Sun Pacific, has also focused its message to connect with children and families. The company’s Cuties brand became the official citrus fruit of Disney World and Disneyland last year in order to offer “families the opportunity to enjoy this healthy, kid-friendly snack at any time during their vacation.”

Ryan was YouTube’s highest grossing creator in 2018, earning $22 million through advertising and sponsored posts, according to Forbes. He now has a toy and apparel line at Walmart, a content channel on Hulu and a new video game, “Race with Ryan,” that launched this month on Nintendo, Xbox and PlayStation consoles.