How to Produce Pitch-Perfect Partnerships

CMO Spotlight: Evan Greene, The Recording Academy
READ THIS NEXT
The Week Ahead: ANA returns to in-person events and ‘The Dating Game’ gets a reboot

The adage "it takes a village" is no truer than in an events marketing department. And when said event happens to be a nationally televised affair like The Grammys, that village is really more like a bustling metropolis. Holding the metaphorical position of mayor here is The Recording Academy's CMO Evan Greene. 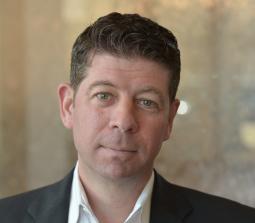 "Anything that touches the Grammy brand ultimately runs through the marketing area, whether it's marketing and brand strategy, PR, social media, digital content and, yes, partner strategy," he says. Mr. Greene and his team forged diplomatic partnerships with other brands to successfully drive this year's brand message, "Witness Greatness." Here are some insights from the campaign.

Partnering for progress
Mr. Greene's department picks its partners using the line of best fit. In the 2016 awards, he says, "We partnered with other brands to utilize the impact and the marketing reach of brands that are complementary to our own." With such weight behind the brand, partnering is of course economically beneficial to the chosen brands, but it also helps the awards show gain traction in new marketing channels.

One such collaboration played a starring role in the live show this year, a first for the brand. Anyone who watched Lady Gaga perform a myriad of David Bowie songs would've had trouble missing the adaptive projection that painted her face in a variety of the late musician's signature looks. This was accomplished through a partnership with Intel.

However, you couldn't find any garish branding during this performance, discreetness that Mr. Greene says was intentional. "If you notice, there was no Intel visibility or attribution on the telecast because we wanted it to be subtle." He says that his department instead focused on creating a memorable performance, knowing that the implicit marketing message would make a bigger impact that way.

Not only did Intel apparently earn a great deal of credit and media for the involvement, but the partnership was also a step forward for the Grammy brand. "There were things that happened on the Grammy stage from a technology standpoint that have never been put on television," he says. "It really was the next generation of Grammy moments, right before our eyes."

"Witness Greatness"
Partnerships also helped Mr. Greene and his team spread the "Witness Greatness" theme. It's no coincidence that the message jives with another national event -- the 50th Super Bowl -- which ran on CBS just eight days prior and "created an extraordinary opportunity to bring the two together," says Mr. Greene.

With the assistance of Chiat/Day, an agency that receives high praise from Mr. Greene, a campaign was born. "We looked at the music that inspires the athletes who in turn inspire the world," he says. "'Witness Greatness' really is about the inspirational power of music, and we could apply that in a number of ways."

One of Mr. Greene's favorite projects from the campaign involved Grammys performer Kendrick Lamar, who picked up Best Rap Album during the telecast. Mr. Greene's team created a video of fans in the rapper's hometown of Compton singing individual lines to his song, "Alright," "which has become sort of an anthem over the past year," says Mr. Greene. "At the end," he says, "it culminated with an impromptu performance and the tagline was 'Greatness Comes From Everywhere.' This served as a driver to the Grammys."

Mr. Greene's team even went so far as to plant a camera inside the base of the Grammy statue, adding a literal interpretation of "witnessing greatness" as it unfolded at the awards ceremony. Again, says Mr. Greene, "We got some great footage and content that had never been captured before," which could be viewed by the public on Grammy Live.

One indication of any marketing program's success is when outside entities begin to pick up the message, something that the Grammys experienced this year. Mr. Greene says it's "amazing" when "the media starts quoting our taglines, and when other members of our social ecosystem started organically using the 'Witness Greatness' hashtag."

Looking ahead
When measuring the impressive, multi-channel marketing spread of the Grammys brand, Mr. Greene puts it best: "What has struck me is that we've built this massive brand with a tremendous amount of impact by virtue of a single television event held for three-and-a-half hours, one night per year," he says.

That being said, Mr. Greene hopes that proactive brand management will eventually see fans interacting with the Grammys as a relevant brand in the off months. "I do not believe that we are anywhere close to being there yet," he says. "But like I said, we're making progress and there are a number of exciting things on the horizon."