Coffee prices get a little jolt at Starbucks 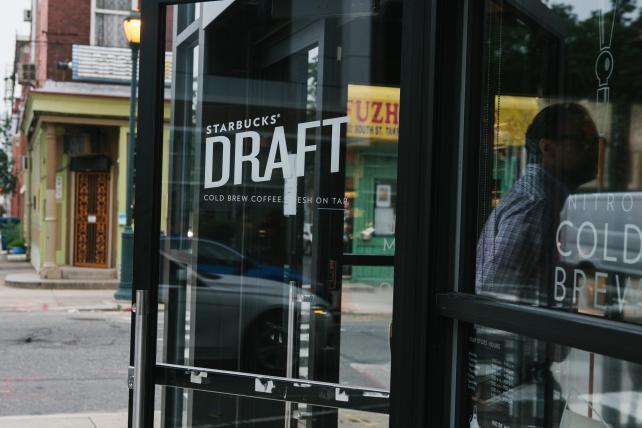 Coffee has been snoozing this year, but that hasn't stopped brewhouse behemoth Starbucks Corp. from raising its prices.

This week, the chain bumped up the cost of a drip coffee by 10 to 20 cents to between $1.95 and $2.15 for a tall beverage at most company-operated locations in the U.S., even as it maintained prices for more expensive drinks like Frappuccinos and lattes at 97 percent of stores.

"Evaluating prices periodically allows us to balance the need to run our business profitably," the company said in a statement, noting that the price hike was not related to last week's anti-bias training. Meanwhile, coffee futures for Arabica coffee are down more than 6 percent over the past year.

The company said the hike is "on par with the industry practices," and Bloomberg Intelligence analyst Jennifer Bartashus says she doesn't think it will impact sales.

"The increase is pretty much in line with what all of the other restaurants are doing right now," she says. "It's really only on the drip coffee so I don't think it's a huge deal."

Still, "it's a little surprising they did it so soon after all the negative publicity they've had," she added.

This year, Starbucks has grappled with slowing growth, especially in its home market, and it faced a backlash this spring after two black men were arrested at a Philadelphia cafe. Chairman Howard Schultz announced this week that he'll leave the coffee chain later this month, fueling speculation of a political career.