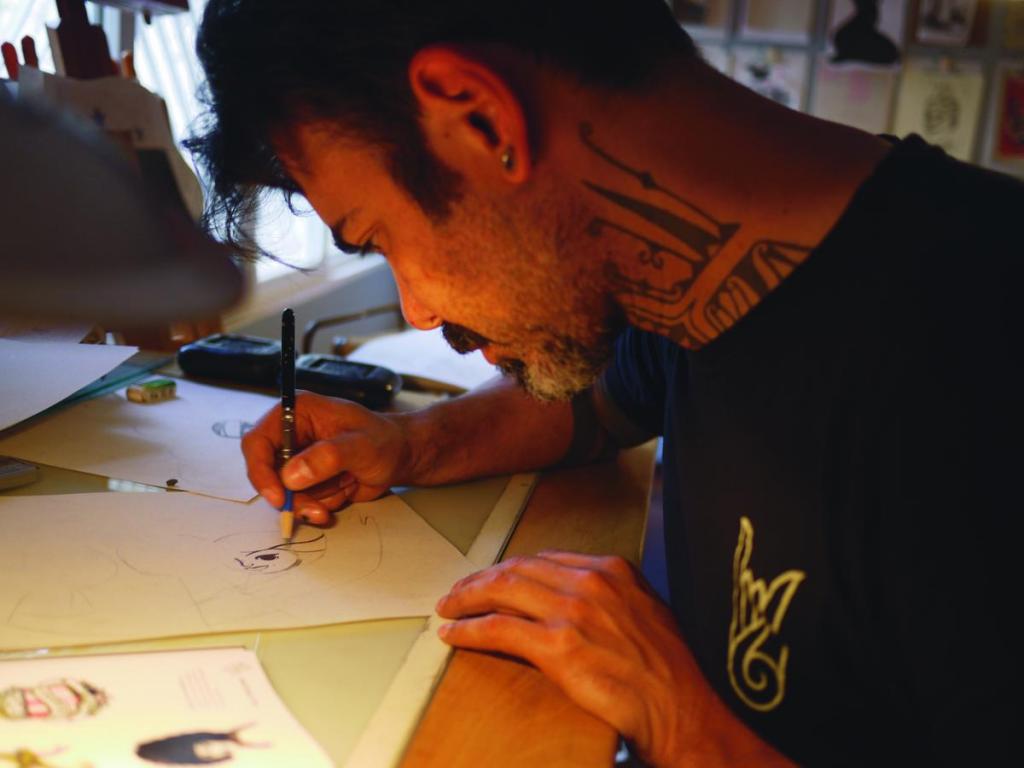 It all begins with a logo -- or more accurately, a sketch of a proposed logo on a napkin.

For this year's FIFA World Cup in Brazil, Coca-Cola set out to create a logo that would be "immediately Coke, immediately football and immediately representational of people coming together for the love of the game," said James Sommerville, VP-global design. The logo, after all, was meant to become the lynchpin of the company's largest-ever campaign, "The World's Cup."

How a sketch on a napkin progressed to Coca-Cola's World Cup logo.

Like many large marketers, Coca-Cola has been working to find the right balance between global and local in recent years, particularly when it comes to its marquee sponsorships of the Olympics and World Cup. Ultimately, marketers based in Atlanta must shape creative in such a way that marketers around the world will buy in.

Mr. Sommerville, co-founder of Attik, a global creative agency acquired by Dentsu in 2007, said there are check-ins with various markets as the program is being developed to avoid a situation where marketers are unenthused by the final product.

"If there's no collaboration; very little consultation with anybody along the way; it feels too local to the host nation; it's not something that they can adapt, then there, potentially, would be a temptation for markets to do their own thing," Mr. Sommerville said. "Over the last two World Cups that temptation has been removed, as we become more experienced ... in developing a system that everybody can adopt rather than push against."

The approach proved successful for the company's latest World Cup effort, which has been adopted by 175, or 85%, of its 207 markets. By comparison, 100 markets embraced the 2012 London Olympic Summer Games campaign.

Graphics were designed by Brazilian street artist Speto. Coca-Cola met with several artists before selecting Speto, who created elements for the campaign by carving into scrap wood and spray painting on canvas. Those elements were combined into a modular system that markets can arrange to their liking. They can also be shaded to mimic countries' national color schemes -- red, white and blue in the U.S. or green and yellow in Brazil, for example. Mr. Sommerville described the system as a "coloring book" for marketers.

"Our mindset was, how do we go from the napkin to ...175 markets. If we can't take that artwork and turn it into a system, then it will not get adopted," Mr. Sommerville said. "What we don't want is matching luggage. We give the markets creative freedom, but actually they're all working off the same ingredients."