Conagra in talks to sell Hebrew National for $800 million 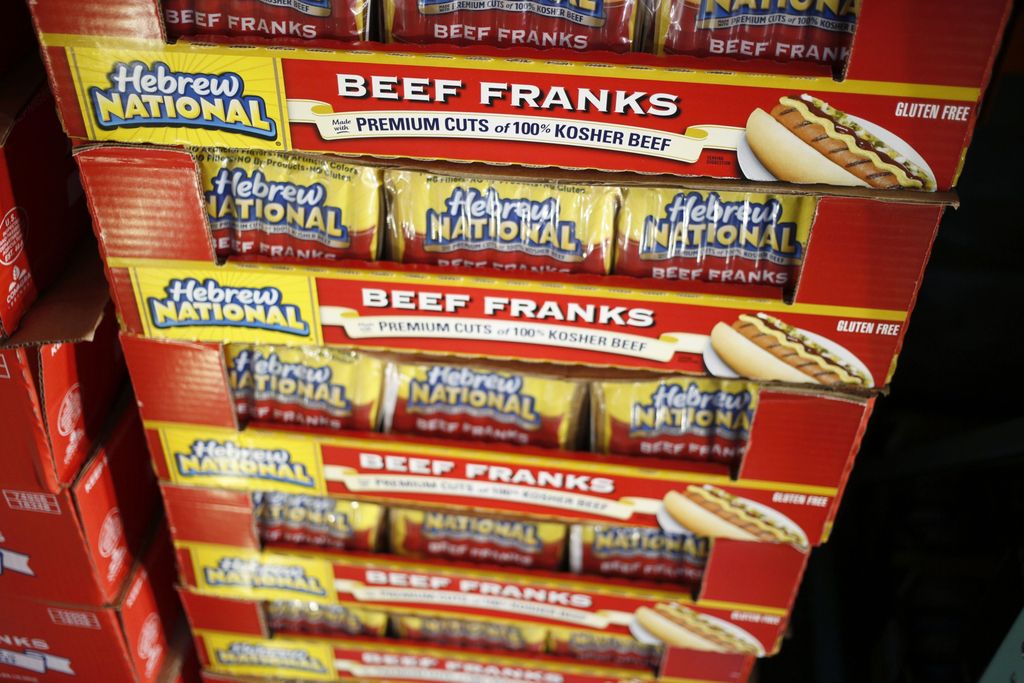 Conagra Brands is in talks to sell its Hebrew National hot dog business to JBS SA or potentially another bidder, according to people familiar with the matter.

The price tag on the sale would likely be close to $800 million, according to the people, who asked not to be identified because the talks are private. A sale could also include Egg Beaters, which makes liquid egg-white products, and Odom’s Tennessee Pride, which sells fresh sausage and breakfast sandwiches. Timing for a deal, if one materializes, remains unclear, the people said.

The brands had $575 million in sales in the 52 weeks ended Feb. 21, according to IRI data compiled by Bloomberg Intelligence.

For JBS, the deal would push the world’s biggest meat company further into higher-margin packaged-foods and help to balance returns amid volatile swings in commodity meat markets. Hebrew National’s franks and lunch meats are made from kosher beef, meaning that they conform with Jewish dietary rules.

Conagra, which owns the Healthy Choice, Duncan Hines and Marie Callender’s brands, has seen a surge in demand from stay-at-home consumers during the pandemic. The Chicago-based company is sharpening its focus on frozen foods and snacks. It also is trimming costs and reducing debts following its 2018 acquisition of Pinnacle Foods for $8.1 billion in cash and stock. It announced the sale of its Peter Pan peanut butter business to Post Holdings in December.

The Wall Street Journal earlier reported that Conagra is considering a sale of the brands.

Join us on March 23 for the Ad Age Next: Food & Beverage virtual conference, where industry leaders will share lessons from the past year and offer perspectives on what happens next. Register here.