Get Connected With Latinos in Nuevo America

"Sales of Tortillas Outpace Sales of White Bread in the U.S." 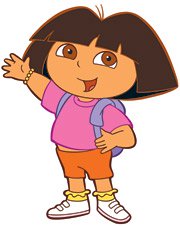 These are a few news headlines we may see sometime in the future. Seem far-fetched? Considering that the third one is a fact right now, perhaps not.

Word of the day
The term interacculturation may not be immediately familiar to many client-side marketers, planners or account directors, but it should be. And as time ticks on it will need to be, given the explosive growth and increasing influence of Latinos and other groups within the United States.

A common assumption is that Latinos (and others) who live in this country long enough will eventually leave their traditions behind to embrace American culture, even if it takes a generation. Although this might seem accurate on a small scale, what happens at the macro level is much more dynamic. When a new culture is introduced into a host culture, each will inevitably affect and influence the other. One culture's art, ideas and traditions will acculturate the other. The result is a constantly evolving mainstream society that is fueled by interconnected cultures.

This is what interacculturation is all about. It's powerful, relentless and happening right now. In the case of Latinos, they are coming out of la casa, loud and proud -- and bringing their culture with them. The resulting impact they are having on the American mainstream is incontrovertible. The details may raise questions and perhaps even controversy among some. Reality and change are rarely met with universal acceptance.

A powerhouse
Latinos, the largest minority in the United States, drive interacculturation. Not only do Latinos influence mainstream culture, they lead the charge to a new, multicultural America -- a Nuevo America. Latinos are the powerhouse in Nuevo America because of two important factors: a fast-growing population and increasing spending power. A renewed sense of pride in their heritage is further fueling the scope of their influence.

Hispanics living in the U.S. today constitute approximately 15% of the country's total population. By the year 2020, one in five Americans is expected to be of Hispanic origin. In addition, 2007 marked the first year in which Hispanics controlled more disposable personal income than any other minority group. With buying power of $863 billion, Latino consumer choices greatly influence the overall economy.

But this is only part of the equation. There are many factors unique to U.S. Latinos that strengthen their culture and help grow interacculturation. For instance, it's easy for Latinos from countries geographically close to the U.S. -- Mexico or the Dominican Republic, for example -- to visit their homelands. This allows them to keep up with the trends in their countries of origin and bring them back to the U.S.

Additionally, the growing size of this mobile demographic contributes to the creation of Latino communities and neighborhoods where values, stories and traditions are continuously shared across generations. Cellphones, the internet and other new technologies keep cultural communities alive by allowing people to share, learn and revel in their culture. Increased Latino-relevant media, in both Spanish and English, also promotes the fertility of Latino culture.

Latino youth
Perhaps the most interesting aspect of today's U.S. Latinos is how young they are. The median age of Hispanics is 27 -- a full nine years younger than the non-Hispanic median age of 36. In fact, 20% of Americans under the age of 18 are Latino. Conill, a Hispanic advertising agency. Previously, she opened the Saatchi & Saatchi Miami office. There she led accounts such as Hewlett-Packard, Nortel Networks and Kodak.">
As the leading force of the largest minority, Latino youth are at the forefront of the Nuevo America, actively advancing not just Latino culture, but American culture. They consider themselves the fuerza invincible, or the invincible force.

Freedom of youth
Young people have always been integral influencers of mainstream culture. And Nuevo Latinos are especially powerful as they expand their sphere of influence. Through their actions, young Latinos are signaling to their perhaps more acculturated parents, as well as recent immigrants, that it's possible to live and breathe comfortably as Latinos in America. What's more, Nuevo Latinos are likely to have friends from a wide array of ethnic backgrounds. Those friendships prove that new cultural mores (it's OK to embrace your unique culture passionately) travel swiftly between cultures. The effect for marketers? Nuevo Latinos aren't bound by a traditional set of ideas and they aren't limited to a single source of information.

What's at the root of all this Latinization? Attitude.

Latino culture is sensual. It heightens all five senses and gives a new and immediate vitality to almost everything with which it fuses. That sensual quality revitalizes mainstream trends, making them new and exciting.

Marketers in Nuevo America must become experts in uncovering interacculturation insights and applying them successfully to communications. It is also important to recognize that some ideas transcend culture and connect with people of multiple backgrounds and ethnicity. Marketers like Toyota and McDonald's have done this well in some of their recent advertising.

Laura Semple is strategic planning director at Conill. She moved from Colombia to the US in 1999. She joined Conill in 2003 after completing her Master's degree in integrated marketing communications.
Latin allure
Interacculturation is evident every day in both obvious and subtle ways: "Ugly Betty," "Mind of Mencia," "Dora the Explorer," "Handy Manny." In addition, mainstream artists like Justin Timberlake and Beyonce are recording in Spanish. Once you open your eyes, you'll notice how Latinos seduce America.

In the end, marketers who understand interacculturation and who embrace its lessons will be hailed as the innovators in our emerging mainstream. More important, they will be in a much better position to uncover the insights needed to foster true relationships with their audiences.

Six Shortcuts to Making the Connection With Latinos

Cynthia Mcfarlane
View all articles by this author